Former councillors in Lamu are pleading with the state to pay them their retirement package and monthly pension to save them from the hard economic situation facing them.

Councillors served as lawmakers under the defunct local authorities in municipalities whose place was taken up by ward representatives or Members of the County Assemblies (MCAs) in counties following the enactment of a new Constitution in 2010.

Led by former Lamu County Council Mayor, Famau Ahmed, the councillors said it is better if the government releases the funds as soon as possible instead of continuing to neglect their welfare despite the crucial role that they played in this country. 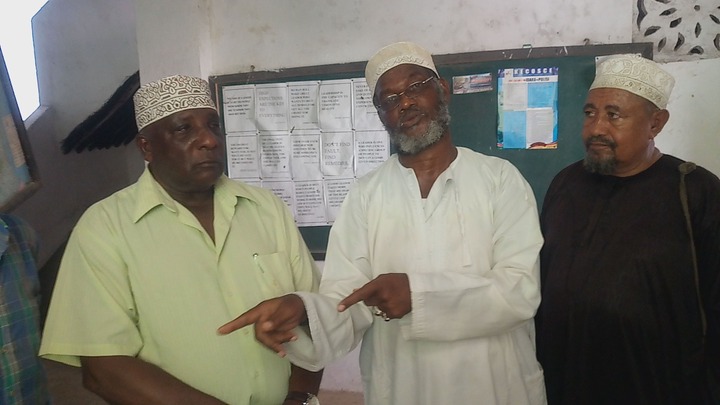 A spot check by Opera News Hub established that a majority of the former councillors in Lamu and the country continue to grapple with financial difficulties while hoping that one day the government will release the send-off package they were promised.

Mr Famau,74, who also served as the councillor for Faza Ward from 1965 to 2012 expressed disappointment over the failure of the government to prioritize payment for the former councillors. Sharifa Abubakar, the first female Bajuni nominated councillor in Lamu argued that most of them are old, others are sick while others are still struggling to put food on the table.

She appealed to President Uhuru Kenyatta to intervene and sign them a cheque to that effect.

The national government through Treasury Cabinet Secretary Ukur Yatani had earlier agreed to pay former councillors Sh2.6 billion but the cash is to be paid in the next financial year.

But Ms Abubakar says they can’t wait for that long bearing in mind most of them are old while others are sick. “Others have even died and left the promise unfulfilled. I would like to emphasize that time is of the essence. If the government is able to pay huge salaries and allowances for MPs and MCAs today, it would not be too much to ask the same government to take care of former councillors who served the country with distinction,” said Ms Abubakar.

Francis Njeru Chege, the former councillor for Mpeketoni, the largest and most densely populated ward by then expressed sadness over the tough times and financial difficulties that most of them go through as they wait for the government to make good its promise on the send-off package.

Today, Mr Chege,70, and who served as councillor from 1979 to 2013 struggles to make ends meet at his farm in Mpeketoni.

Mr Chege called on the state to also consider the former councillors every time there are government appointments to enable them to stay relevant. “I consider former councillors like me as public servants who did not engage in corruption. We need to be considered in government appointments,” said Mr Chege.

Lamu East Ward Councillor and former Lamu County Council Chairman, Abdulaziz Kicheko appealed to political leaders to push the government to release the funds to help former councillors like him.

Mr Kicheko,54, is currently working as a boda boda operator in Lamu Town as he strives to eke a living.

He says since he left politics, he has really been struggling just to pay school fees for his six children.

“I urge our legislators to help push for us to get the send-off package and monthly pension,” said Mr Kicheko. Mohamed Yahya Shamuty, 63, who served as councillor for Hindi Ward in Lamu West from 1988 to 2002, supported his colleagues’ appeal for former councillors to be given their send-off package.

Muturi Trashes DP Ruto’s Bottom-Up Model, Accuses Him Of Being Dishonest To Kenyans

Ruto Will Beat Raila Hands Down, But OKA Has A Better Chance, Says Farah Maalim