Here Is A Teacher Who Bought A College That Denied Him A Job. 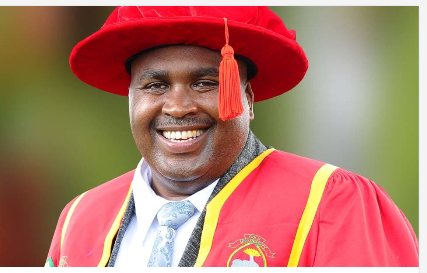 The phrase is intended to create a firewall between the potential employer and Employee to allow for the right candidate to be picked.

However, the statement sometimes can come back to haunt the overzealous employers later on after the wheel of life has taken a full revolution.

Such was the case with the now defunct Inorero university when Dr Simon Gicharu asked for a lecturer job back in the day.

Dr Gicharu shared on Twitter how he was told not to call back but wait for a call from the institution.

The founder and owner of mount Kenya University wished that the interviewing panel knew the potential latent in him to turnaround the institution.

After accumulating enough money, he later on went back to the college not to seek for a job but to buy it together with students at a time when it was in a deep financial crisis.

"Ever been told by a potential employer, “don’t call us, we will call you”?” Dr Simon Gicharu writes on Twitter. “I have, severally.

At the School of Professional Studies, where I sought a teaching position, I walked away crestfallen. Several years later, I went back and bought their building.” said Gicharu in a Tweet.

The eight storey building housing Inorero university which was formerly international university of Professional studies was put on auction by family bank.

This was after the university failed to Service a loan facility it had been given five years back.

The full acquisition of the building which sits on an 0.9 ha parcel of land at parklands took place in 2016 when MKU paid ksh 300 million.

This was one year after Inorero university was ordered by the commision for university education to stop admitting students until it gets adequate facilities.

A lesson to the employers: as the saying goes, "what goes around comes around". Treat that job seeker nicely because one day he may come back as a manager or even worse owner.

In an interview with one media outlet, Dr Gicharu explained how being turned away opened his eyes.

"being turned away ignited my thinking on what I can be able to do. I saw an opportunity in higher education and started working towards it.

Had they recruited me, perhaps I would have shown them how to make the college better and grow it.” 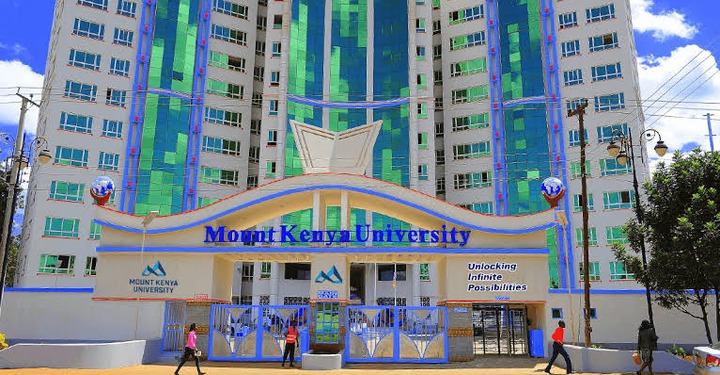 He said many employers lose opportunities to get great talent by dismissing candidates offhand. “Maybe it’s that outsider who could bring in the turning point,” he added.

But come to think of it, he says, “it’s good to be rejected. That got me out of the box. Employment can stifle very big ideas.” he ssid

The was 57 year old was formerly a teacher with teachers service Commission before he got sacked in 1995.

His story is an inspiration to those seeking to ditch employement and become employers of many jobless Kenyans.

The story too is an encouragement to those who have lost jobs due to various reasons ranging from company downsizing to effects of COVID-19.

CS Magoha Announces Conclusion of Marking of the 2020 KCSE Exams