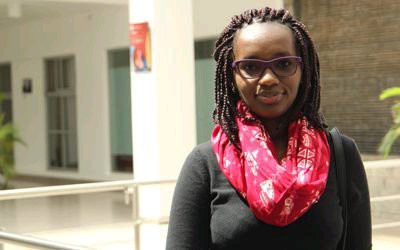 Stephanie Angela Wanjiku Kimani is a driven businesswoman with a long list of accomplishments under her credit, including running her successful firm at the age of 23. Stephanie received a Bachelor of Business Science in Financial Economics when she graduated. She is now a Certified Financial Analyst (CFA) level 1 candidate, having sat for tests in December 2015.

It was difficult for her to strike a balance between her education, owning a company, and extracurricular activities at first, but she persevered. She was dedicated to what she did. She was able to strike a good balance between the two without sacrificing on either. She further said that learning to manage all of her hobbies helped her academically.

Her motivation stems from a desire to be the best she can be in life; she attributes her motivation to her mother, believing she would not have accomplished as much without her inspiration, love, and support. Her ambition is to be as successful as her mother, achieving far more than she accomplished.

Stephanie is interested in societal development and coaching. Ms Ann Njuguna, her coach, has guided her in understanding business life and how to be the best at it. Stephanie learned to mentor two high school students in academics and life by drawing on her mentoring talents. She also began funding their high school tuition, and the two are now in their fourth year of high school, preparing to take the KCSE national exams later in the year.

She is also the founding president of the Nairobi Muthaiga North Rotaract Club, which is affiliated with Rotary International. The club is primarily concerned with the professional development of its members, who participate in a variety of community service programs around Kenya. Stephanie was named a Paul Harris Fellow by the Rotary Foundation, which is an honour bestowed to persons who donate to the Rotary Foundation.

Stephanie is the sole child of a loving and supporting mother; her closest friend, motivation, guide, and largest supporter in life. It is without that she has a long history of outstanding academic achievement, collecting several prizes and distinctions.