The Man Who Made Millions From Selling The Moon.

By Ronniron (self media writer) | 1 year ago 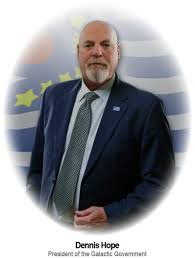 There are real estate sales people and then there are people who take real estate sales out of this world. It sounds crazy but it's true. Dennis Hope has managed to sell pieces of moon's land to a number of super rich celebrities and is now a millionaire. How did he do it?

Seeing this loophole, Mr. Dennis Hope officially claimed ownership of the moon and even wrote a letter to the United Nations to recognise his claims but the United Nations never replied. He didn't stop there but came up with a marvelous idea that made him a millionaire.

Mr. Hope went ahead and made a map of the moon where he started marketing his business of selling pieces of land located there at low prices. Taking it as a joke, a lot of people loughed at him and rich celebrities started buying his moon lands with real money as a way of mocking him. 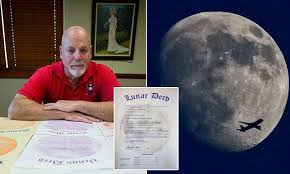 More and more celebrities, politicians and rich business people came for his moon lands as the mocking continues because Hope had become an instant sensation. Some notable figures who purchased his moon lands includes Tom Cruise, John Travolta, Jay Z, Paul Mooney, George Bush the second and many more. Eventually what started as a mock, ended up making Dennis Hope millions of dollars, instantly turning his grass into grace.

Even though many people are now saying his claims are hollow and that he's a fraud, Mr. Hope continues to sell his moon lands and have issues with anyone opposing him. He personally wrote to the president of China questioning him to get a licence from him before China embarks on her mission of building a base on the moon. As you can see wonders will never end, what's your take on Mr. Dennis Hope?

Content created and supplied by: Ronniron (via Opera News )

Oparanya To Ruto: Thanks For Offloading The Burden Of The Luhyia Community For Many Years.

Dagoreti Family Woke Up To A Rude Shock, Man,20, Murdered Cousin,7, And Dump Body Next To House Door