Blow to Miraa Farmers in Kenya as Somalia Market is Taken By Another Country, First Plane Lands 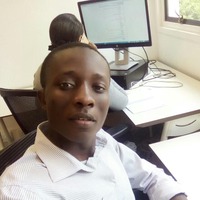 Kenyan miraa farmers could suffer a huge market blow for their produce after Somalia's market is was taken over by another country.

For years, Somalia has turned out to be one of the great importers of the Kenyan khat.

Kenyan has been exporting khat to Somalia until recently when things went south.

What started as COVID-19 containment measure by the Somalia government is slowly turning out to be a regional problem.

A few months ago, Somalia like Kenya, suspended foreign flight to curb the spread of the virus. The Horn of Africa country later lifted the ban on foreign flights but still did not allow miraa from Kenya to be imported.

At some point, a flight from Kenya loaded with tones of miraa was forced back after the Somalia government denied them entry. 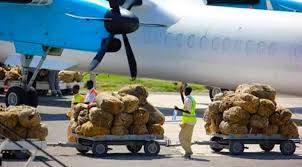 On Saturday, sources from Somalia said the country had started importing the same from Ethiopia.

Somalia based VOA reporter Harun Maruf reported that a plane carrying several tons of miraa landed in the capital of Mogadishu Airport on Saturday afternoon.

He also noted it was the first flight from Ethiopia to deliver miraa to Somalia.

"A National Airways PLC plane carrying several tons of khat from Ethiopia has arrived at Mogadishu airport on Saturday. This is the first flight from Ethiopia to deliver khat directly to Mogadishu, and it comes as Somalia refuses to allow Kenya khat flights to fly to Somalia," he noted.

As it stands, Kenyan plans are allowed in Somalia but those loaded with miraa are not allowed.

Ethiopia Harun Maruf Kenya Miraa Mogadishu
Opera News is a free to use platform and the views and opinions expressed herein are solely those of the author and do not represent, reflect or express the views of Opera News. Any/all written content and images displayed are provided by the blogger/author, appear herein as submitted by the blogger/author and are unedited by Opera News. Opera News does not consent to nor does it condone the posting of any content that violates the rights (including the copyrights) of any third party, nor content that may malign, inter alia, any religion, ethnic group, organization, gender, company, or individual. Opera News furthermore does not condone the use of our platform for the purposes encouraging/endorsing hate speech, violation of human rights and/or utterances of a defamatory nature. If the content contained herein violates any of your rights, including those of copyright, and/or violates any the above mentioned factors, you are requested to immediately notify us using via the following email address operanews-external(at)opera.com and/or report the article using the available reporting functionality built into our Platform