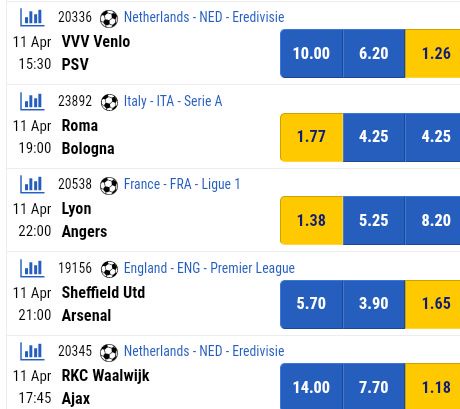 Roma and his opponent team Bologna. The match kick off at 11th April 19.00 hours tonight. Both teams plays in Italy Seria A league. Roma has 1.77 odds while Bologna has 4.25 in the match. According to my opinions Roma has more chances of winning the game more his opponent Bologna. Both teams to score in the game and and Roma to win both halfs in the game first and second half. 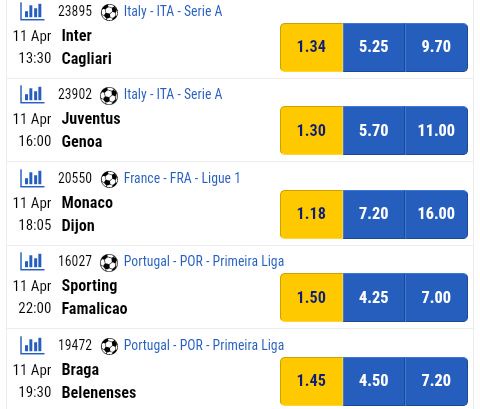 Monaco has 1.18 odds while Dijon has 16.00 odds. The game kick off at 11th April 18.05 hours. Monaco been the host of the game welcoming his opponent team Dijon .Both teams to score in the game with at least one goal in the game. Monaco to be victorious in the game. Follow my channel,share and comment thank you in advance.