By Daily.Updates (self media writer) | 1 year ago

Montana enter this match following on from a 1-1 First League draw vs Slavia Sofia.

In that match, Montana managed 44% possession and 6 attempts at goal with 4 on target. At the other end, Slavia Sofia got 5 shots on goal with 2 of them on target. Andrea Hristov (10' Own goal) and Georgi Valchev (45') scored for Slavia Sofia.

Montana have found it difficult to unlock defences in more recent games. Their sum of goals equals just 3 vs opponents during the course of their previous 6 outings. In those meetings, Montana have also seen the number of goals that have gone against them come to 11.

Coming into this clash, Montana have not won at home in their last 4 league matches. Their fans aren't happy.

Following on from a loss in their previous game against Botev Vratsa in First League competition, Etar Veliko Tarnovo and their fans will hope to get a better result this time.

In the course of their six most recent matches, Aleksandar Tomash's Etar Veliko Tarnovo have found the net 5 times thus yielding them the goals scored per game average of 0.83.

Coming into this fixture, Etar Veliko Tarnovo are without a win away from home in their last 2 matches in the league.

The last league meeting between the two was First League match day 16 on 15/12/2020 and the score finished Etar Veliko Tarnovo 0-0 Montana.

That day, Etar Veliko Tarnovo had 45% possession and 6 shots on goal with 3 on target.

On the other side, Montana got 7 attempts at goal with 3 on target.

The referee was Radoslav Gidzhenov.

Montana manager Atanas Atanasov will be grateful not to have any fitness concerns whatsoever coming into this game owing to a fully healthy group to pick from.

Thanks to a fully healthy squad available for selection, Etar Veliko Tarnovo boss Aleksandar Tomash does not have any fitness concerns to speak of ahead of this clash.

Our feeling is that Etar Veliko Tarnovo and Montana could end up without much reward for their efforts here.

Let’s see what happens, but it could well be that we end up with scores level and two clean sheets. Our tip is therefore for a very close game with a 0-0 scoreline when all is said and done. 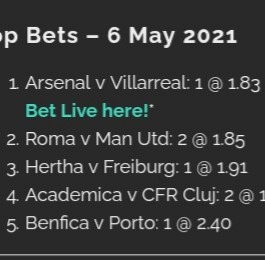 Content created and supplied by: Daily.Updates (via Opera News )