By Kelvinxfm (self meida writer) | 1 months

Samuel Thuo is the young entrepreneur behind Smart Spender, an exciting new app he hopes will inculcate a culture of financial literacy, discipline and savings among Kenyans. 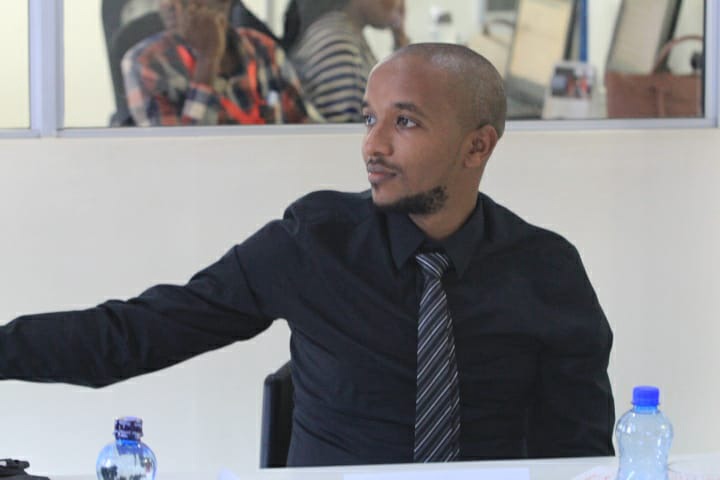 The app was launched in November 2020, as a spin-off of his first app named Betting Accountant. Betting Accountant was an app which sought to promote responsible gambling in a country with the highest number of gambling youth in Sub-Saharan Africa (GeoPoll, 2018). The app allowed gamblers to easily track how much they were spending on betting, enabling them to better plan their finances.

Thuo quickly made the observation that young Kenyans’ needs and questions when it came to managing their money went way beyond how much cash to stake on the weekend’s big Premier League game.

“With Betting Accountant we were in the beta testing stage, but then I realized that there was an opportunity to offer a more holistic personal accounting service with more features, so that’s when we started working on Smart Spender,” he revealed in a conversation with Opera News. The Betting Accountant app is still available on Google Play.

Funding it entirely from his personal savings, Thuo began the development of his Smart Spender app with a team of programmers close to him. Both apps are administered by his company, Thuo Applications Investment Limited.

On the Smart Spender app homepage, users are met with banners reminding them of their daily expenditure and more important details on their finances. Among the app’s key features is the integration of OCR technology allowing users to scan receipts, which are then automatically logged into your expenses. Users can also input the rest of their expenses into the app, and access daily, monthly or annual reports showing them exactly how much they are spending. 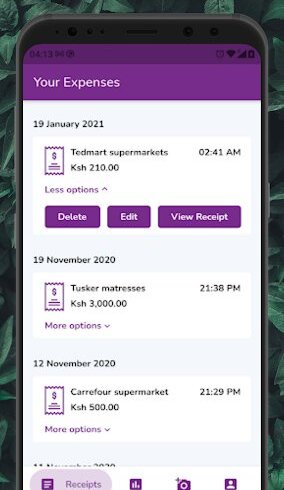 Photo Courtesy: A screenshot from the Smart Spender App. Creator Samuel Thuo hopes it will inculcate a culture of financial literacy and savings among young Kenyans.

While the feedback has been mostly positive, Thuo told Opera News that they are in the process of introducing more features including enhanced budgeting tools and integration with leading payment platforms. And he has big plans for Smart Spender, aiming to be in the same conversation with the likes of Safaricom’s M-Pesa App.

Set for official launch later in May, the M-Pesa App already has over 800,000 users and enhances the M-Pesa experience in a number of ways, offering a more personalized and lifestyle-oriented way to use the pioneering mobile money service.

It allows you to make M-Pesa transactions once logged in to the app without being tied to your SIM card – a major improvement. It also integrates all basic M-Pesa transactions, and makes Paybill numbers searchable – in addition to including loans and savings service including M-Shwari. Unlike the mySafaricom app, it focuses on the financial payments offerings by the telco.

The M-Pesa app is a key part of Safaricom’s plan to become a customer-centric technology company as opposed to a simple telco and mobile money firm, a strategy spearheaded by CEO Peter Ndegwa.

The M-Pesa mobile money service itself has over 42 million active customers and 400,000 agents across seven countries.

Thuo hopes to integrate additional payments and fintech services into his Smart Spender app and his company, all in a bid to compete with the big boys.

Thinking along the same lines of integrating themselves into customers’ lifestyles and financial habits, Safaricom has in the pipeline a number of savings and investments products including unit trust, insurance and savings offerings.

Earlier in May, CMA gave the greenlight for Genghis Capital, a Nairobi-based investment bank, to roll out the mobile phone-based collective investment scheme service dubbed Mali in partnership with Safaricom.

The Money Market Fund tool will allow M-Pesa users to easily invest amounts between Ksh100 and 70,000 for daily interest with a return of 10% interest annually, subject to withholding taxes. Mali will be accessible to both feature phone and smartphone users.

How to Know Universities KCSE Candidates Will Join as 32,718 Risk Missing Chances as Portal Closes