Leicester City will want to continue from where they left off last time out with the 3-1 Europa League triumph against Legia Warsaw.

Watford come into this match following on from a 4-1 Premier League win vs Manchester United in their most recent match.

The numbers tell their own story, and Watford have been scored against in 6 of their last 6 games, with opponents netting 11 goals in total. In defence, Watford could really do with shoring things up.

Heading into this fixture, Watford have not beaten Leicester City when having played them away from home in the previous 6 league matches. Not good at all. 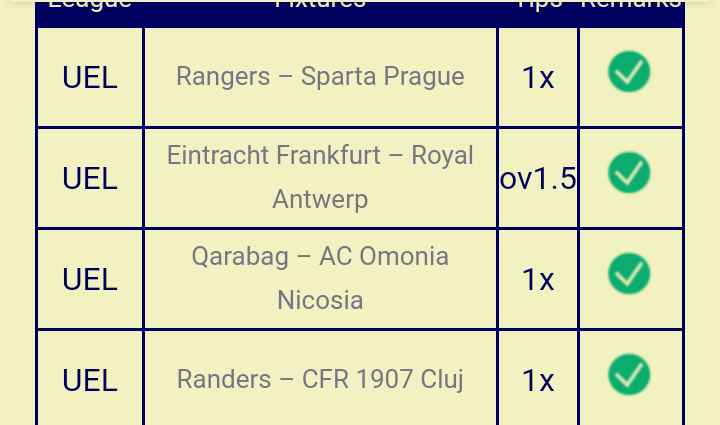 Chelsea are hoping to win again following the 4-0 Champions League success vs Juventus.

Their more recent scorelines shine a light on the fact that there has been much resilience in the Chelsea rearguard. Chelsea have given the opposition little, resulting in the number of goals that have gone in at their end during their previous six games standing at 2. We will just have to find out if that trend can be sustained in this game.

Manchester United will go into this clash following a 0-2 Champions League win to defeat Villarreal in their last fixture.

Illustrating their bias toward high-scoring encounters, we’ve seen goals 21 times in the last 6 games in which Manchester United have sent out their troops, yielding a mean average of 3.5 goals for each fixture. Opposing teams have hit 13 of these goals.

Coming into this meeting, Manchester United are undefeated by Chelsea when they have played them away from home in the previous 3 league games.

Eintracht Frankfurt prepare for this match after a 2-2 Europa League drawn match versus Antwerp.

Union Berlin will go into the encounter following on from a 0-1 Conference League win vs Maccabi Haifa in their previous outing.

The only name on the scoresheet from Union Berlin was Julian Ryerson (66').

Showing their bias toward eventful encounters, we’ve seen goals 21 times in the previous 6 matches in which Union Berlin have taken to the pitch, yielding an average of 3.5 goals per fixture. Opposition teams have hit 10 of these goals.