Tuesday Teams To Bet On Including Real Madrid, Chelsea, Brentford, Hatayspor To Win

Paulo Sergio’s men are placed in the mid-table at the moment, and they been performing reasonably well lately. With just six match-days to go, they need to make up a deficit of six points to qualify for the Europa Conference League.

They have also been scoring goals at a consistent rate lately, and have recently performed good on the road. Meanwhile, the Lions of Faro are placed second to last in the table, and are one of the worst teams in the Portuguese top flight. 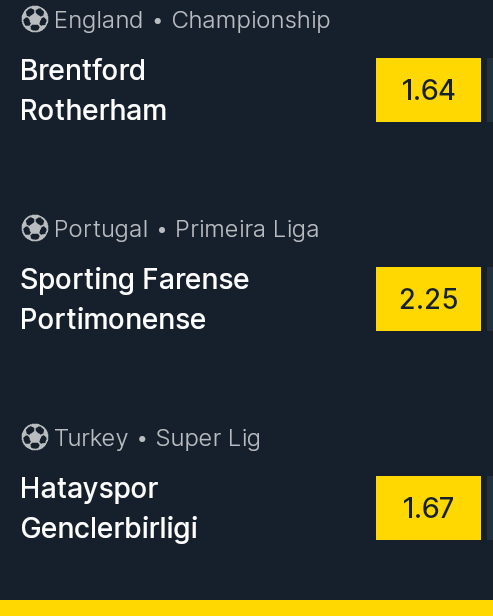 They need to make up a deficit of five points to climb over the relegation cut-off, and with the campaign about to enter its final stretch, the team is under immense pressure. Note they have a poor record against this rival too. By the looks of things, expect Portimonense to emerge victorious this weekend.

Sergio’s men had recorded a 2-0 win in the reverse encounter. They are on a four-fixture winning streak. They had scored two or more goals in three of these clashes, and had kept clean sheets in two of these match-ups. The last the hosts won at this venue was back in 2014.

Jorge Costa’s men were winless in 15 of their past 19 overall games, and they had failed to keep clean sheets in six of their last nine matches.

They are also on a seven-game winless streak at home, and have a single win to their name at home in the whole of 2021.

On the other hand, their counterparts had won three of their former four overall fixtures, and they are on a two-match winning run on the road. Note that they had scored a total of six goals from these two road trips. Taking into account these observations, expect Portimonense to deliver a victory this Tuesday.