Dinamo Zagreb came through the previous round of Champions League qualifiers fairly comfortably with a 3-0 aggregate win over Cyprus’ Omonia and we feel they can get the better of Legia in the first leg of their third round tie on Wednesday.

Dinamo slipped to a surprise defeat in their season opener at home to Slaven Belupo but are unbeaten in four games since across all competitions (W3, D1).

The Zagreb club won the first leg 2-0 against Omonia at home in the last qualifying round and then won 1-0 in Cyprus, and they were rarely troubled in Nicosia as Omonia managed just two shots on target.

In contrast, Legia have made hard work of their own Champions League qualification campaign. The Polish club did manage a 5-2 aggregate win over Norway’s Bodo/Glimt but in the last round they were pushed all the way by Estonian minnows Flora before eventually prevailing 3-1 overall, and Dinamo represent a big step up in class.

The Zagreb club have only managed one win in three attempts so far at home this term, with one draw and one defeat, but they are generally strong at their Stadion Maksimir base as they won 14 of their 18 home games in the Croatian top flight last season.

We’re backing Dinamo to come out on top in this first leg and a 2-0 win for the hosts has some appeal in the correct score market. Dinamo have scored five goals in their three home games so far this season, while Legia have conceded at least two goals in two of their three away games – including a 3-1 loss at Radomiak Radom in Poland’s top flight at the weekend.

SPARTA PRAHA VS AS MONACO.

Four of their last seven matches between themselves have concluded in under 2.5goals and I expect to see a similar results today. 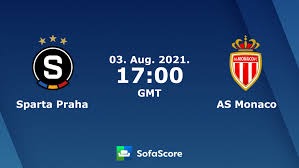