Mega Winning Sure-Bets With Classic Odds And Over 3.5 Goals To Bank On This Special Friday

Porto plundered five goals at home to second-bottom Farense on Monday but should be pushed all the way in Vila do Conde this weekend.

The big boys are likely to find Rio Ave in a more ambitious mood than of late after six straight games featuring Under 2.5 Goals.

The hosts are one point above Boavista going into the penultimate round of Primeira Liga matches, but could conceivably be in the bottom three by kick-off.

A midweek loss to Santa Clara drew a stinging rebuke from defender Fabio Coentrao for his teammates, who took nothing from a game they dominated.

They don’t want to go into their final match away to Nacional needing a win and should view the visit of Porto as a free swing at their more illustrious neighbours.

The Vilacondenses’ goal record in recent head-to-head meetings is encouraging enough to add in the both teams to score to the obvious Porto bet, given they have bagged in eight of their last ten tussles.

Porto’s impressive away record suggests anything other than three points for Sergio Conceicao’s side would be a huge shock and a one-goal margin of victory looks profitable, having landed in six of their ten road wins.

The hosts have won five matches out of twelve matches between themselves,the away team has won four matches with three draws being realised. 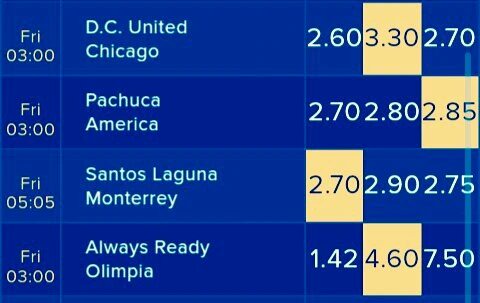 Excellent Today's Football Predictions From a Reliable Source To Bank on