Best Monday Matches Analysis With More Than 80 Odds And Under 4.5 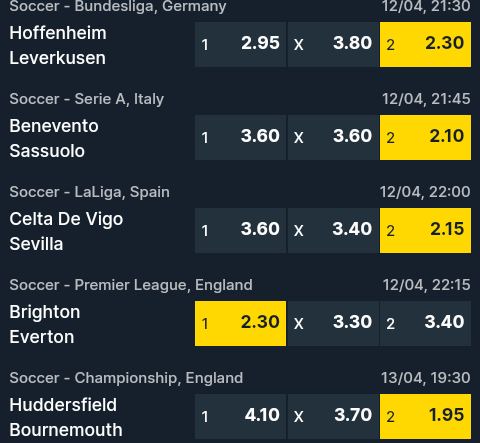 Both teams play in laliga Spain Soccer. Both teams to scored according to my opinion in the match. The match take place at 12th April at 22.00 hours tonight. Celta de Vigo has odds of 3.60 while Sevilla has 2.15 odds . Sevilla has more chances of winning the game with more than two goals. Celta de Vigo is the host of the game welcoming his opponent Sevilla.

Huddersfield is the host of the game. Welcoming his opponent team Bournemouth. Both play in Champion league England Soccer. Huddersfield field has 4.10 odds while Bournemouth has 1.95Odds. Bournmouth to win the game according to my opinion. Bournemouth had played well some how superb well. Both teams to score in the game at least one goal. 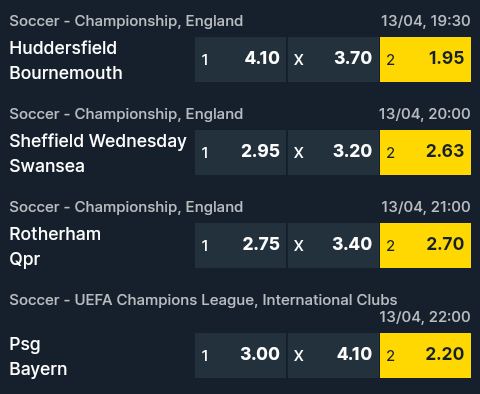 Psg the host of the game. The game kick off at 22.00 hours tonight on date 13th April. Both teams to score in the game with at least one goal in the match. Psg has 3.00 odds while Bayern Munich has 2.20 odds. Both teams have almost same level of possession of the ball during the game. Bayern Munich has more chances of winning the game but with less than 2.5 goals in the match. Share, comment and follow my channel thank you in advance.