By GerryTips.com (self media writer) | 9 months ago

Varnamo had three shots on target in their last game, drew against Malmo FF 0-0 at Finnvedsvallen. This was a Allsvenskan match.

Degerfors lost their last match 1-0 against Hammarby in the Allsvenskan. They had 46% possession and four shots on target in this match. They also had one corners at Stora Valla. 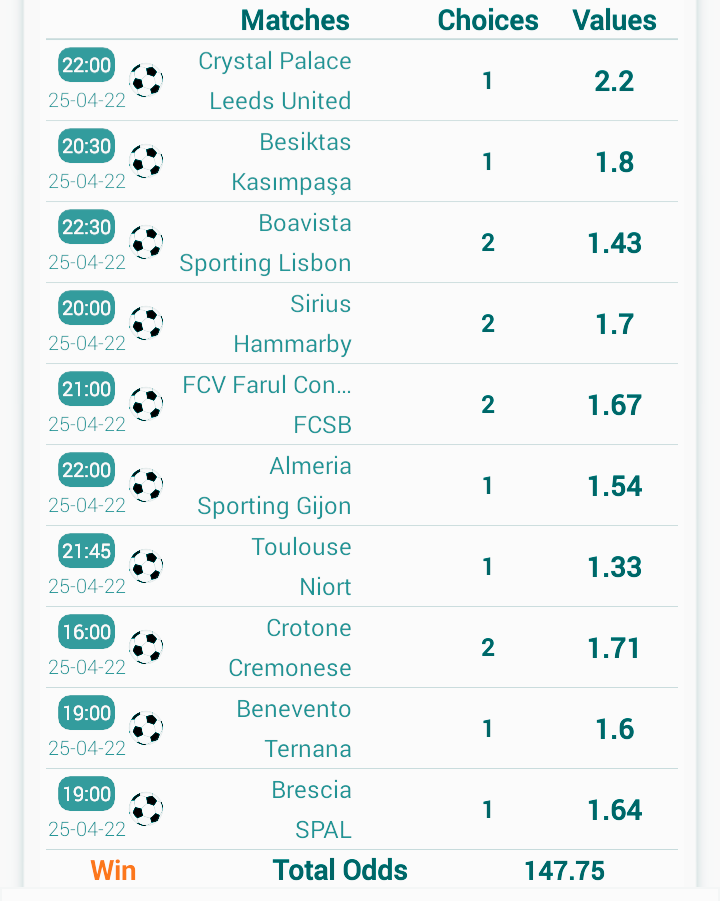 Sirius approach this fixture after losing 3-0 in the Allsvenskan against Mjallby at Strandvallen.

Hammarby won 1-0 in their previous match against Degerfors. They managed to have 54% possession in this game, with Edvin Kurtulus on the scoresheet in this Allsvenskan match at Stora Valla.

The latest match between Sirius and Hammarby saw Hammarby run out 1-0 winners at Studenternas IP.

In the past 6 encounters, we have seen Sirius win one time and Hammarby land four victories. The other clash between the teams was a draw.

Brondby lost their last match 2-0 against FC Copenhagen in the Superliga. They had 47% possession and three shots on target in this match. They also had eight corners at Parken.

FC Midtjylland won 2-0 in their previous match when facing AaB Aalborg in Superliga. They had eight shots on target at MCH Arena and recorded 53% possession. Evander Ferreira and Anders Dreyer scored and they were awarded five corners.

The latest match between Brondby and FC Midtjylland saw Brondby run out 2-1 winners at MCH Arena.

Looking back over the past 10 matches, we have seen Brondby win three times and FC Midtjylland win five times. Two games ended in a draw and there has been an average of 2.2 goals scored.