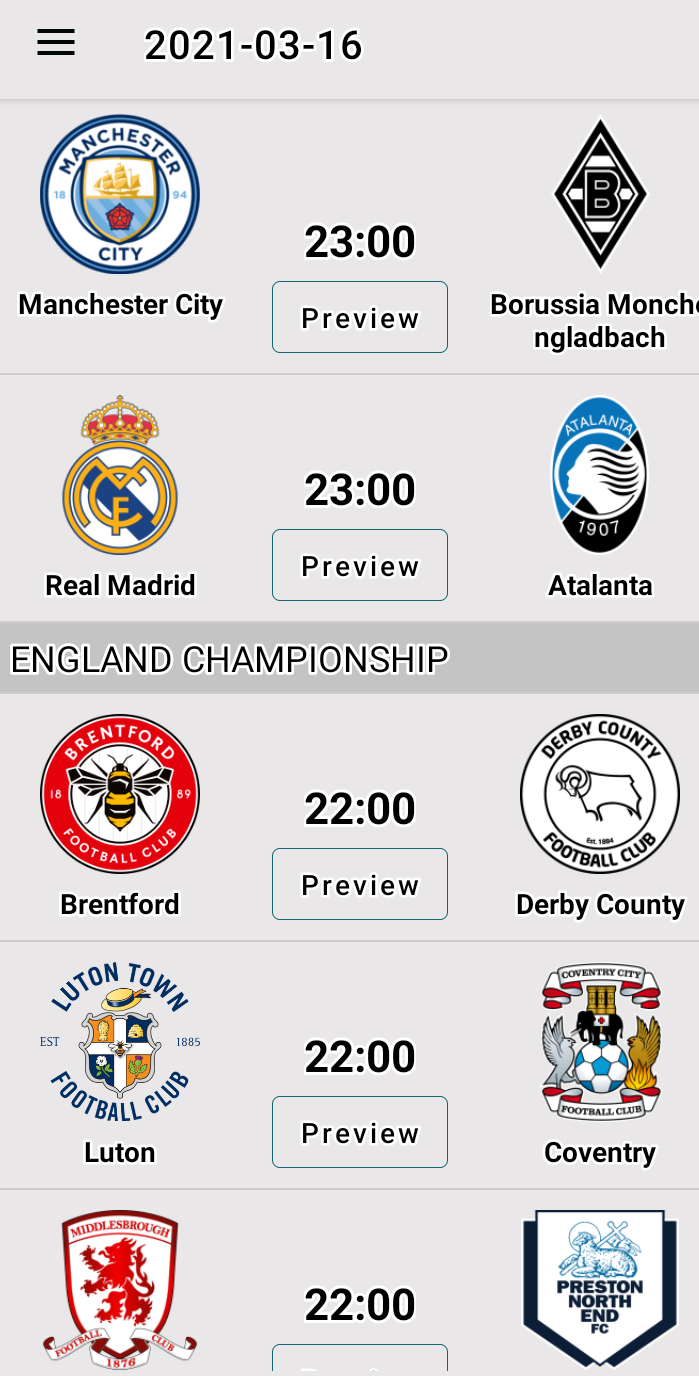 Mancity are unbeaten in their five games against Borussia Moncheglebach in the Champions league, scoring at least twice in their four victories against Bundesliga side. They continued that record with 2-0 in the first league, while we expect more from the city here.

City have kept six Clean sheets in the Champions league. They have won 23 in their last 24 games. Glabach have lost their last Six matches. Consequently, Manchester City is expected to overwhelm Glabach with 2-0 scores.

Real Madrid have not won in four home champions league. Atalanta have won six of their last eight games.

The visitors have won their last five away matches in this competition. Since Real Madrid is host, this can be a bit tricky but double chance of either Atalanta to win or draw will not Miss. (0-0) first half.

Derby are without a win in their last five championship games. Brentford have won three of their last four league matches.

The Bees goes into this clash fourth in the table and 27 points superior to their 19th placed Rams. Brentford to win both halves and total goals of 2-0.

Swansea have notched 10 points from their last four league matches. Steve Cooper's side have won five of their last seven Stars on the way.

Bournemouth have lost two of their last three home games including A 2-3 reverse against Barnsley on Saturday. However Swansea to win against Bournemouth at total of 2-1 scores.

Watford have won seven of their last eight league games.

Cardiff have just lost once in their last dozen championship games, Winning seven.

Stoke have lost four of their last five league matches including 3-0 defeat at middlesbrough on Saturday.

Potters are without a win in their last ten away trips and have lost their last four on the road.

Cardiff to win today's match at full time score of 2-0.

Given Matches have been Analyzed based on their previous and present performance. However, they have been delivered the way it is. Remember Gambling can be addictive, play responsibly!

"Timo Werner is better than me" says Haaland

Good news To Chelsea Club After Return Of A Key Player.