By WabwobsSportAnalysts (self media writer) | 4 months ago

Predictions: Atlético Olympic to win this match and 0-2 correct Score

There have been 3 straight losses in Ligue A for Royal F.C. Muramvya. Musongati have won just 1 of their last 8 matches in Ligue A

Predictions: Musongati to win this match and 0-1 correct Score

Marine have recorded 7 consecutive draws in their most recent away games in Premier League. Espoir FC's stats show they have won just 2 of their 13 most recent clashes against Marines FC (Premier League) 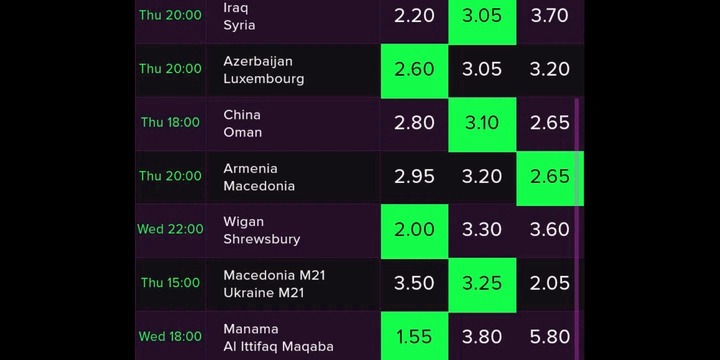 Mount Kenya Picked A Side & That Is Azimio. Charity Ngilu Reveals. See Here.

Never Tolerate These 3 Behaviours From a Woman