Boavista and Maritimo face each other at Estadio do Bessa Seculo XXI in the Primeira Liga round 13. The Black and Whites are on a three-game losing run in the national championship, meaning that the lack of confidence could prove to be a big problem for the Porto-based side. Midfielder Javi Garcia should be the only absentee in the home team as both Cannon and Abascal return from suspension.

Maritimo, on the other hand, desperately needed a win against Ferreira, and they managed to get one. O Maior das Ilhas, though, have already suffered four defeats on the road this season, which is probably the main reason why we are tempted to put our money on draw. Italy attacker could earn a place in the starting XI after scoring as a substitute in the 2-0 win over Ferreira. 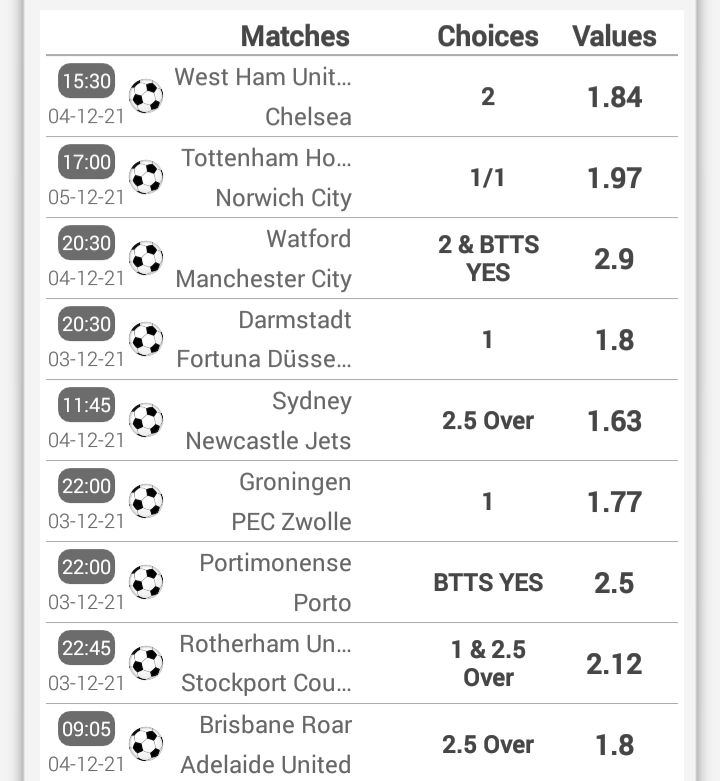 Saturday’s football game at Estadio da Capital do Movel pits together Ferreira and Vitoria Guimaraes, the two teams who were beaten by Porto and Maritimo respectively at the weekend. Ferreira are on an eight-game winless run in the Primeira Liga, and it is no wonder the odds for away win have been dropping. Keep in mind, though, that head coach Jorge Simao should have a full squad to choose from.

Os Vimaranenses, on the other hand, failed to spoil Porto’s party at Estadio do Dragao. Pepa’s troops have been having their ups and downs of late, but they are surely capable of beating Ferreira, who do not seem to be at their sharpest at the moment. Defender Toni Borevkovic is out of contention through injury, but he should be the only absentee in the away team.

Cambuur Stadion will host Saturday’s football game between Cambuur and Vitesse, the two teams who are almost level on points in the Eredivisie standings. The newcomers have been performing above expectations in the 2021/2022 season, and, as a result, they are on the right track to secure the survival. Cambuur are on a four-match winning run in the Dutch top flight, but this game will be anything but a walk in the park for the hosts.

Both David Sambissa and Marco Tol are rated doubtful for the hosts. The Vitas, on the other hand, head into the match following a goalless draw with AZ Alkmaar. Considering that Vitesse are desperate to return to winning ways in the Dutch top flight, we believe that there is a big value in betting on both teams to score. All Romaric Yapi, Oussama Darfalou, and Daan Reiziger should miss out with injuries for the away team.