Shakhtar Donetsk will want to continue from where they left off last time out with the 6-1 Premier League success versus FC Lviv.

Roberto De Zerbi's Shakhtar Donetsk have managed to score 13 times over their prior half-dozen outings. The corresponding tally of goals that have been scored against them in that same time is 6.

Since being beaten in their last game against Real Madrid in Champions League action, Sheriff Tiraspol and their fans will hope to get a better result this time.

In that game, Sheriff Tiraspol managed 30% possession and 12 attempts on goal with 5 of them on target. Real Madrid CF got 17 attempts at goal with 8 on target. David Alaba (30'), Toni Kroos (45') and Karim Benzema (55') scored for Real Madrid.

Yuriy Vernydub's Sheriff Tiraspol have found the back of the net a total of 6 times in the course of their latest 6 matches. The number of goals that have been scored against them during those same clashes adds up to 10. 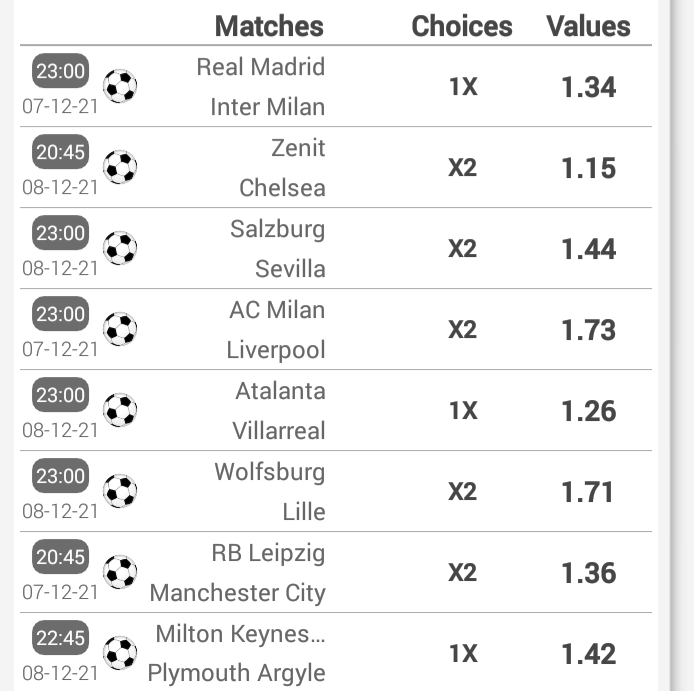 Borussia Dortmund will be looking for an improved result here following the 2-3 Bundesliga 1 defeat in their last game at the hands of Bayern Munich.

In that match, Borussia Dortmund managed 47% possession and 12 attempts at goal with 4 on target. For Borussia Dortmund, the scorers were Julian Brandt (5') and Erling Haaland (48'). For their opponents, Bayern München had 17 attempts on goal with 6 on target. Robert Lewandowski (9', 77') and Kingsley Coman (44') scored for Bayern Munich.

At least three goals per game have been seen in 6 of the past 6 meetings where Borussia Dortmund have taken part. Their opponents scored 13 times in this period whereas Borussia Dortmund managed to get a total of 10. We will find out if that trend can be continued on into this next match.

Last time out, Beşiktaş drew 1-1 in the Super Lig tie with Kasimpasa.

Looking at their form, and Beşiktaş have been scored against in 6 of their last 6 games, conceding 15 goals in total. Defensively, Beşiktaş could really do with shoring things up.

Ajax, following on from their previous result, will be hoping for more of the same after a 5-0 Eredivisie victory over Willem II.

Their latest results show that there has been much resilience in the Ajax rearguard. Ajax have kept it tight, with the number of goals that have gone in at their end during their previous six games standing at 2.

Sporting Lisbon will come into the clash after a 1-3 Primeira Liga win vs Benfica in their last game.

In that match, Sporting Lisbon had 32% possession and 12 attempts at goal with 5 on target. For Sporting Lisbon, the goals were scored by Pablo Sarabia (8'), Paulinho (62') and Matheus Nunes (68'). Benfica had 8 attempts on goal with 2 on target. Pizzi (96') scored for Benfica.

Over the course of their previous six outings, Sporting Lisbon have bagged a total of 15 goals. Sporting Lisbon have also not failed to score on each one of those occasions. In that time, they’ve had 2 goals go against them. Regardless, we will just have to wait and see if that pattern shall be maintained in this next match.

Khaligraph Jones' Remix Of 'Sifu Bwana' Is The Next Big Hit