Inter Milan won’t want a repeat of their last result here following the 3-1 Serie A defeat in their last game at the hands of Lazio.

At least three goals per match were recorded in 5 of the past 6 meetings where Inter Milan have participated. Opposing sides scored 8 times in these games while Inter Milan bagged a total of 14. Such a pattern might not be sustained into this game, however.

Sheriff Tiraspol head into the match following a 1-2 Champions League win in the defeat of Real Madrid in their most recent match.

A sequence of resolute performances by the Sheriff Tiraspol defenders has seen their ‘goals against’ tally standing at 2 from their last 6 fixtures in total. In that period, their own forwards have managed to score 9. 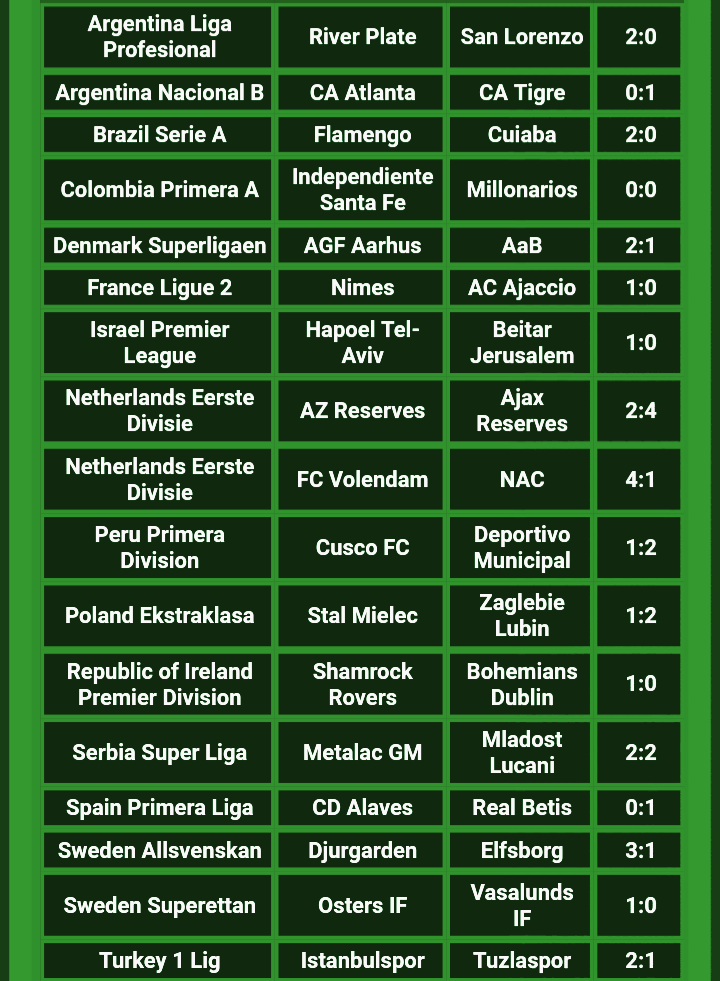 Ajax will be looking for another win after a 0-2 Eredivisie triumph versus SC Heerenveen.

In that game, Ajax managed 64% possession and 15 shots at goal with 3 of them on target. For Ajax, the goals were scored by Sébastien Haller (24') and David Neres (75'). For their opponents, SC Heerenveen got 14 attempts on goal with 5 on target.

A common trait of recent Ajax games is the high number of scores with a nil in them.

From their previous sextet of matches leading up to this one, in as many as 6 of them a wager on both teams scoring would've lost. That kind of trend might not be sustained into this game, of course.

Borussia Dortmund go into this clash after a 3-1 Bundesliga 1 win versus Mainz in their previous outing.

Looking at their form, and Borussia Dortmund have been scored against in 5 of their last 6 matches, seeing their opponents hit 6 goals in all. At the back, Borussia Dortmund seem to have a bit of a soft underbelly.

Atlético Madrid fans will want a repeat of their previous result, being a 2-0 La Liga triumph vs Barcelona.

Their latest results show that it has been a great time for the Atlético Madrid backline. Atlético Madrid have kept it tight, resulting in the tally of goals that have flown into the back of their net during their previous six matches standing at 3.

Liverpool go into this match following a 0-5 Premier League win with the eclipse of Watford in their most recent outing.

In their previous 6 clashes, Liverpool have bagged a tally of 21 goals. Liverpool have also scored in every single one of those games. During that period, they have had 6 goals go against them. That trend isn’t assured to be carried forward here, however.