By SuperSportsDen (self media writer) | 4 months ago

Real Betis have been particularly strong at home this season, winning half of their league matches at Estadio Benito Villamarin, as well as a further couple of victories in the Europa League.

In each of those seven successes, there have been at least two goals in the game, with only one of their thirteen fixtures on home soil including fewer than two goals.

Manuel Pellegini’s side have also got a thoroughly impressive record against Alaves, winning their last three meetings and losing just once in nine games since April 2017.

It has not been an easy season for Alaves, who are in the La Liga relegation zone and have won just one of their nine away matches in the league this season, losing six times.

They have, in fact, suffered four successive defeats on the road, including a shock reversal to minnows Linares Deportivo in the Copa del Rey earlier this month.

Javier Calleja’s side have plenty of problems, but their defence is certainly one of them. They have kept just one clean sheet on the road in the league, conceding at least two goals on five occasions.

Everything points towards this being a home win, and given Betis’ form in front of goal, I predict the hosts will win with two or more goals in the game, selecting 2-0 as a correct score prediction.

The hosts have won six matches, lost six matches with two draws in the process.The goal difference is 21-18 in favour of the hosts.

The hosts have a huge edge against the visitors.In the last six matches between themselves,the hosts have won four matches,lost two matches with no draw to their name. 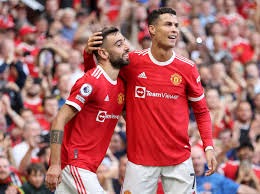 Daylight Drama as Police Boss Is Robbed 1.15 Million and His Loaded Gun

Wiper Makes Final decision to Which Coalition the party will join; Kivutha Kibwana.