By PerestheSuperAnalyst (self media writer) | 22 days ago

Two of the Championship’s form teams meet at the bet365 Stadium on Friday evening as Stoke entertain West Brom.

Albion go into the latest round of fixtures as the league leaders with 22 points from 10 games and they are one of just two unbeaten sides left in the division.

Stoke sit fourth, four points behind the visitors, and they are yet to be beaten on home soil with six wins and a draw after seven games in all competitions.

The Baggies have dominated this fixture in recent years with three wins in the last four meetings between the two sides, although the Potters did win at the Hawthorns in their most recent clash.

Given how strong both of these teams have been over the last five games or so picking an outright winner here looks tricky, but both teams to score does stand out as a good starting point.

The hosts have won four matches,lost once with two draws coming in the championship.The goal difference is 17-12 in favour of the hosts. 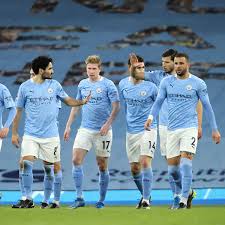