Bayern Munich, buoyed by their previous result, will be hoping for more of the same after the 0-4 Champions League success versus Benfica.

At least three goals per match have been seen in 6 of the last 6 fixtures where Bayern Munich have participated. Opposition teams scored 4 times in this period whereas Bayern Munich managed a tally of 25. Such a trend might not be sustained into this next game, though.

Hoffenheim head into the match following a 5-0 Bundesliga 1 win to defeat Cologne in their last match.

Indicating their penchant for productive matches, goals have been scored 20 times in the prior 6 matches in which Hoffenheim have taken to the pitch, yielding an average of 3.33 goals each meeting. Opposing teams have managed 9 of these goals.

Heading into this fixture, Hoffenheim haven’t won away from home in the past 3 matches in the league. 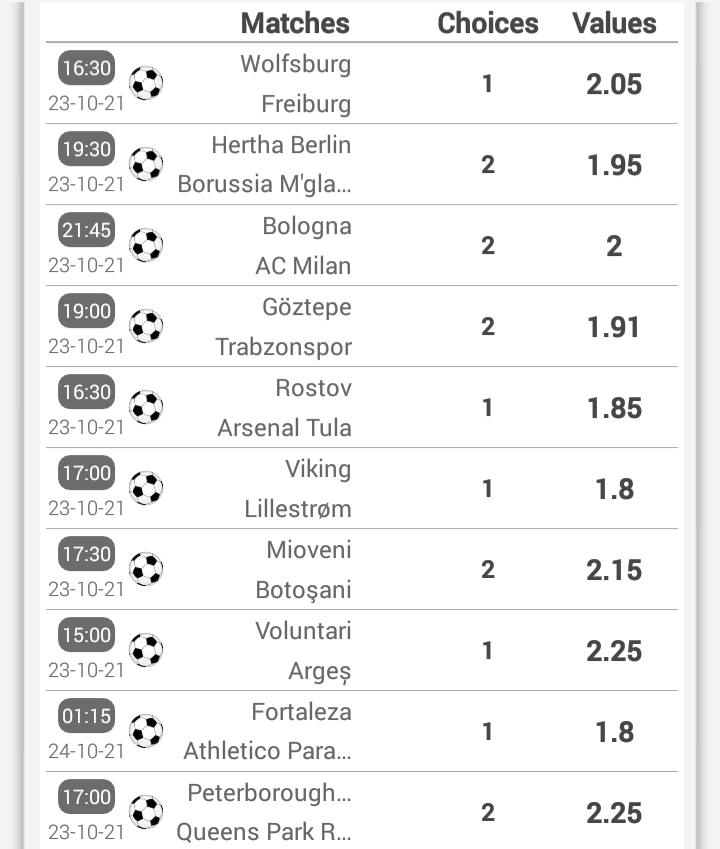 RB Leipzig will be looking to improve on their last outing here after a 3-2 Champions League defeat last time out to Paris Saint-Germain.

Matches with RB Leipzig have tended to be entertaining affairs of late with high scoring the rule rather than the exception. Over their past six clashes, the sum of 21 goals have flown in for both teams combined (at an average of 3.5 goals per game) with 14 of those coming from RB Leipzig. Nonetheless, time will tell whether such a trend shall be maintained here in this game or not.

Ahead of this clash, RB Leipzig haven't been defeated in their previous 2 league matches at home.

After suffering a loss in their previous game against VfL Bochum in Bundesliga 1 competition, Greuther Furth and their travelling supporters will be hoping that they can get a better result in this one.

In that game, Greuther Furth managed 56% possession and 11 attempts on goal with 3 of them on target. VfL Bochum had 10 shots at goal with 2 on target. Anthony Losilla (80') scored for VfL Bochum.

The stats tell the story, and Greuther Furth have been scored against in 6 of their last 6 matches, conceding 14 goals in total. In defence, Greuther Furth seem to have a bit of a soft underbelly.

VfL Wolfsburg will be hoping for a better result after the 3-1 Champions League defeat in their last game at the hands of Red Bull Salzburg.

VfL Wolfsburg have been finding it hard to keep clean sheets recently, but they have also done enough to hit the back of the net themselves. Over their last 6 matches, VfL Wolfsburg have conceded in 6 of them in addition to managing to get on the scoresheet in 5 of those games. That trend won’t necessarily be sustained here, however.

In the game prior to this, Freiburg drew 1-1 in the Bundesliga 1 tie with RB Leipzig.

In that match, Freiburg managed 52% possession and 15 attempts on goal with 4 on target. The only player to score for Freiburg was Woo-Yeong Jeong (64'). For their opponents, RB Leipzig had 13 shots at goal with 3 on target. Emil Forsberg (32') scored for RB Leipzig.

Throughout their six most recent matches, Christian Streich's Freiburg have found the back of the net a total of 10 times thus earning them the goals scored per game average of 1.67.