The Spurs are placed seventh in the table at the moment, and should they finish at the same spot at the end of the season, the team would qualify for the Europa Conference League. However, for a team that had appeared in the Champions League Final a season before, it’s too low of a target. They are obviously going to push for an entry into the UCL, and if not at least into the Europa.

Likely, we can count on them to give their best on the pitch. As of now, they need a surplus of five points to get into the CL spots, and a surplus of two points to climb to the Europa positions.

Meanwhile, the Saints are placed 14th in the table, and are practically out of contention of a top-tier finish. They also have apparent safety from the relegation zone, and this has allowed them to play without much motivation. 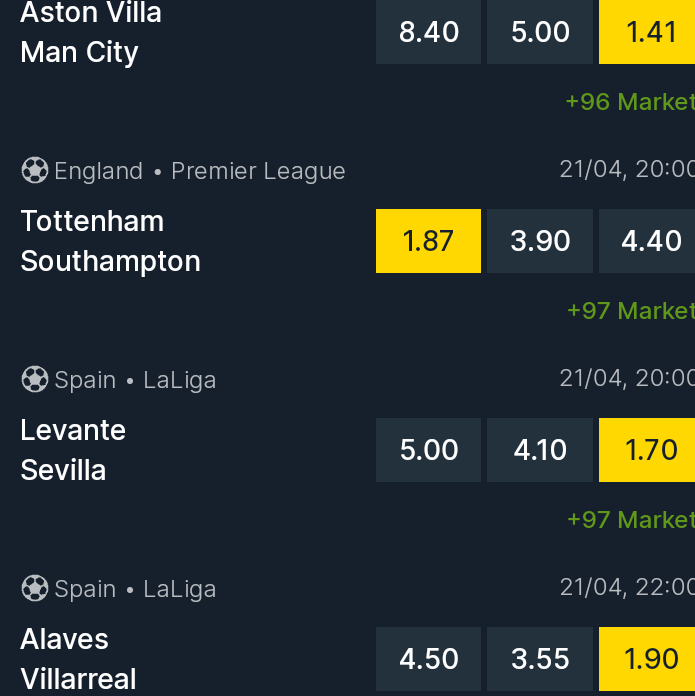 Moreover, they also have a poor h2h record against this opponent over the years, and have conceded in plenty in the process. By the looks of things, expect Tottenham to post this much-needed three points on the board.

The reverse encounter had ended in a 2-5 win for Jose Mourinho’s men. They had recorded 13 of the past 16 overall wins. They had scored two or more goals in seven of the preceding eleven clashes. At home, they had won nine of the past ten meetings. They had scored a total of 15 goals from the last five such games.

The Spurs recorded a 2-2 draw the last match-day against Everton. In the meantime, Ralph Hasenhuttl’s men lost 3-0 on the road against West Brom.

Going on, Mourinho’s men were unbeaten in eight of their past eleven fixtures, and two of the total three losses had come against Arsenal and Manchester United, while the third had come in the Europa League. Note that they had also won five of the preceding six appearances at home, and had scored a total of 17 goals from these six match-ups.

On the other hand, their counterparts had lost 11 of their last 16 matches, and had conceded two or more goals in four of their previous six games. Moreover, they had also lost eight of their former eleven road trips. Taking all these observations into account, expect Tottenham to deliver a winning performance this Wednesday.

Did you know that there is a human body part that never grows after birth till death?, Find out