Dundee FC´s last game was a 3-2 loss against Celtic at Celtic Park. Daniel Mullen and Ryan Sweeney scored in this Scottish Premiership match, with Dundee FC having two corners in total and two shots on target.

St Mirren played Livingston in their last match and this was an away game at Tony Macaroni Arena. The scoreline was a 1-1 draw in this Scottish Premiership encounter, with Greg Kiltie scoring for St Mirren.

The last meeting between Dundee FC and St Mirren took place at The SMISA Stadium, with Dundee FC winning the game by a 1-0 scoreline.

During the past 4 matches, Dundee FC have won one time. St Mirren have won two and the other game ended in a draw. 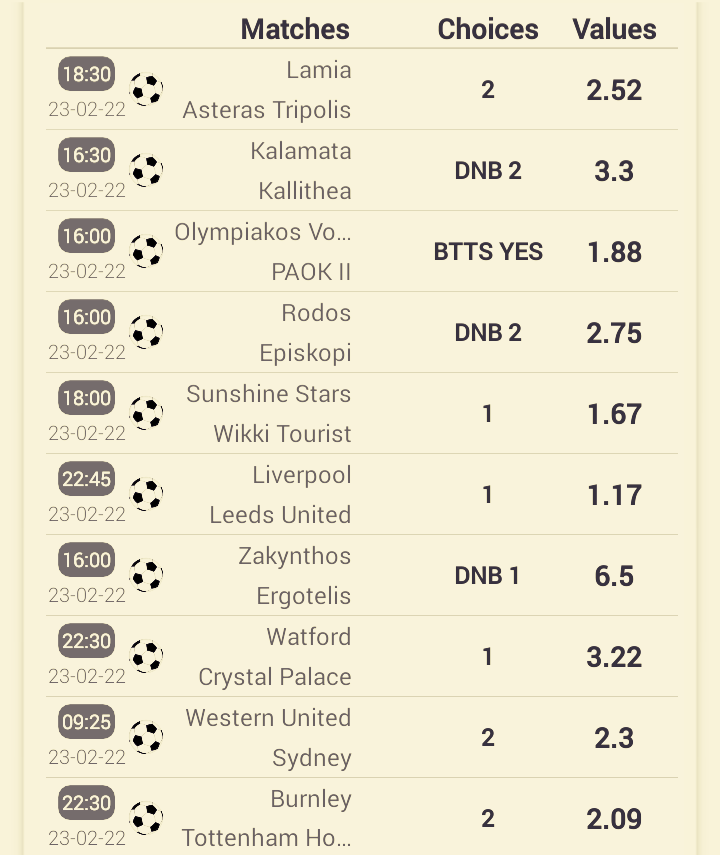 Atletico Madrid played Osasuna in their last match and this was an away game at Estadio El Sadar. The scoreline was a 3-0 win in this La Liga encounter, with Joao Felix, Luis Suarez and Angel Correa scoring for Atletico Madrid.

Manchester United won 4-2 with Leeds when they last played. This was a Premier League match at Elland Road, with Harry Maguire, Bruno Fernandes, Fred and Anthony Elanga scoring the goals for Manchester United. The team had nine shots on target and three corners.

Benfica had three shots on target when they drew 2-2 with Boavista at Estadio do Bessa XXI. Adel Taarabt and Alex Grimaldo found the net during this Primeira Liga match.

Ajax beat Willem II in their last match, winning the Eredivisie clash 1-0. Jurrien Timber scored in the game at Koning Willem II Stadion, with Ajax having four shots on target and they had 73% of possession.