By LamartheTipster (self media writer) | 1 year ago 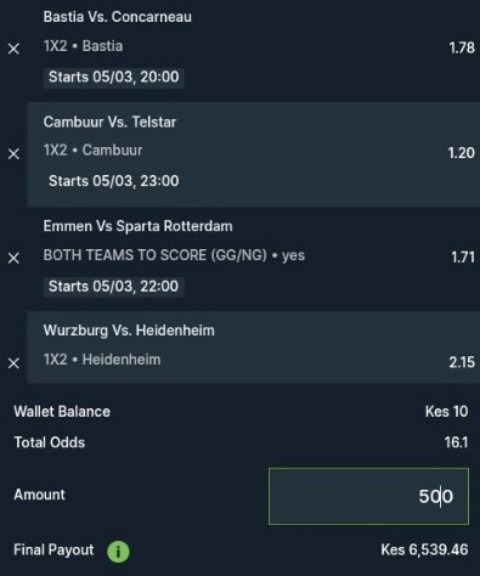 Creteil have scored in their last 3 away matches.

Wurzburger Kickers have scored 3 goals in their last 3 matches, while FC Heidenheim have scored 7.

SC Bastia have scored in their last 5 home matches.