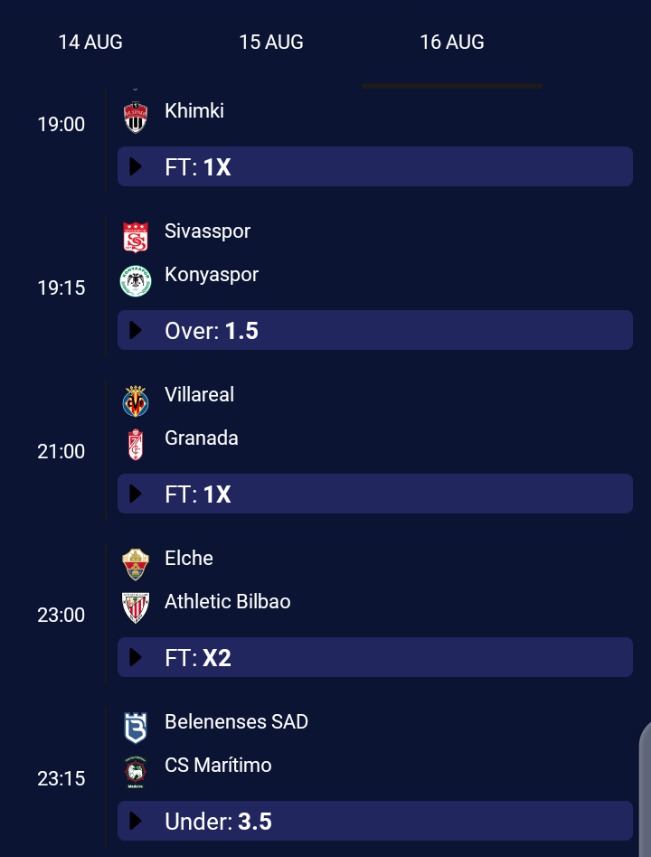 The game starts at exactly 7pm in the evening when Sochi will be hosting Khimki.

Since the beginning of their head to head, the two teams have recorded more draws, however, Sochi have won two times, the first fixture together and their last game.

Prediction: Sochi to win or draw.

For the last five games together, Sivasspor have won three times while Konyaspor having no win. The two teams have recorded two of five draws.

The game begins at exactly 9pm in the evening when Villarreal is set to host Granada. Villarreal have high chances of winning this is followed by their previous fixtures where for the last five games, Villarreal winning three of five times.

The game begins at exactly 10pm in the evening where a stiff competition between the two teams is set to be witnessed. However, for the last five fixtures together, like Bilbao, Elche have won two times home and away competition.

Prediction: Bilbao to win or draw.

The game begins 45 mins before midnight hours. The two teams have been winning both away and home competition. Maritimo have won two times both in away and home victory. On the other hand Belenense have won three times with high goal range.