Werder Bremen won 2-1 in their previous match against Hansa Rostock. They managed to have 54% possession in this game, with Marvin Ducksch and Niclas Fuellkrug on the scoresheet in this 2. Bundesliga match at Ostseestadion.

Ingolstadt´s last game was a 0-0 draw against Sandhausen at Audi Sportpark. There were no Ingolstadt goal scorers in this 2. Bundesliga match, with Ingolstadt having two corners in total and one shots on target. 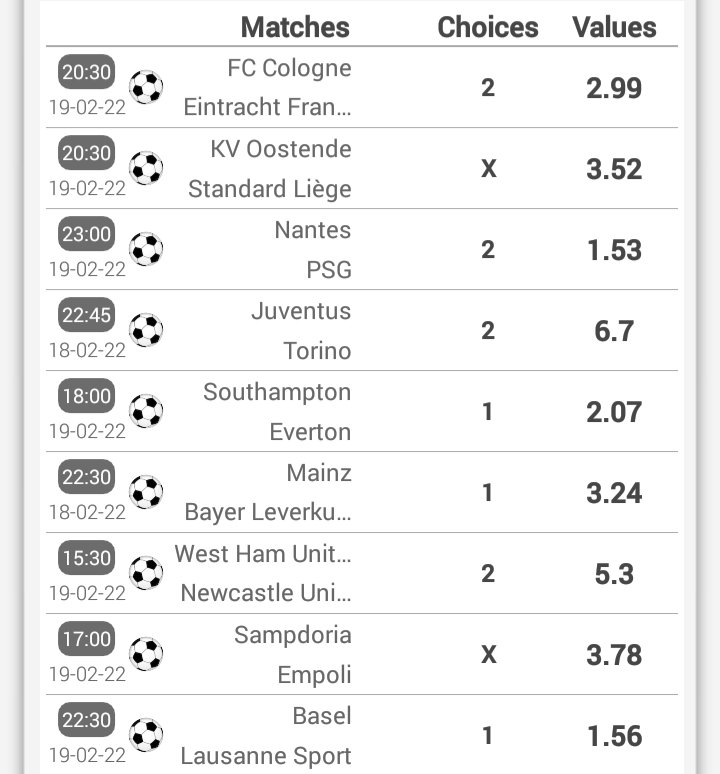 Holstein Kiel won 3-2 in their previous match against Erzgebirge Aue. They managed to have 56% possession in this game, with Fin Bartels and Kwasi Okyere Wriedt on the scoresheet in this 2. Bundesliga match at Erzgebirgsstadion.

Karlsruher SC played Nurnberg in their last game. They won 4-1 and recorded 53% of possession. Philipp Hofmann (2), Benjamin Goller and Marvin Wanitzek were their goalscorers in this 2. Bundesliga match at BBBank Wildpark.

When Holstein Kiel last played Karlsruher SC, it ended in a 2-2 scoreline at BBBank Wildpark.

Sandhausen drew 0-0 with Ingolstadt in their previous match, registering four shots on target. They had 45% possession at Audi Sportpark in this 2. Bundesliga match.

Hamburger SV´s previous match was a 2-0 win against Heidenheim at Volksparkstadion. They had six shots on target and three corners in the 2. Bundesliga match, with Sonny Kittel on the scoresheet.

Looking back over the past 6 matches, we have seen Sandhausen win two times and Hamburger SV win three times. One game ended in a draw and there has been an average of 3.5 goals scored.

'This is a Masterpiece That You Can’t Afford to Miss' Details on Raila, Martha Karua Emerges Tonight

How Long Does Nursing Course Take in Kenya?

Opinion: Why Toyota Rumion Has Square Horizontal Vertical Trunk Over The Entire Length

Please Don't Throw Away Pineapple Peels, Use Them To Make This Powerful Tea