Sweden lock horns with Ukraine at Hampden Park in the final round of 16 fixture of the Euro 2020.

Nothing less than deserved, Sweden finished their group with a thrilling win against Poland to go top of the group tipping Spain to second having beaten Slovakia 1-0 earlier.

Ukraine qualified for the knockouts for the first time at Euro, having failed to do so in the previous two attempts. However, they had some luck and only made it as one of the best third placed teams, thanks to a 2-1 win over North Macedonia on match day 2. While they lost their games against stronger teams like Netherlands 3-2 and Austria 1-0.

This is their third consecutive as well as overall appearance as an independent nation at the Euros and they made only one appearance at the World Cup so far.

Sweden topping the group is not a fluke, they were on excellent form leading up to the tournament and lost just once in last 10 and the teams that denied them win are France (2-4) and Spain. They are not an ultra defensive side by any means, scored 2 or more goals in six of those games while keeping clean sheets in six.

Meantime, Ukraine have really struggled for wins, 5 in their last 17 since the last quarter of 2020. The remaining games are split across 8 defeats and 4 draws. There is a 2-1 win against Switzerland and 1-0 win against Spain to show towards the end of 2020. But the recent wins happened against lower ranked teams like Cyprus, Northern Ireland and Macedonia. 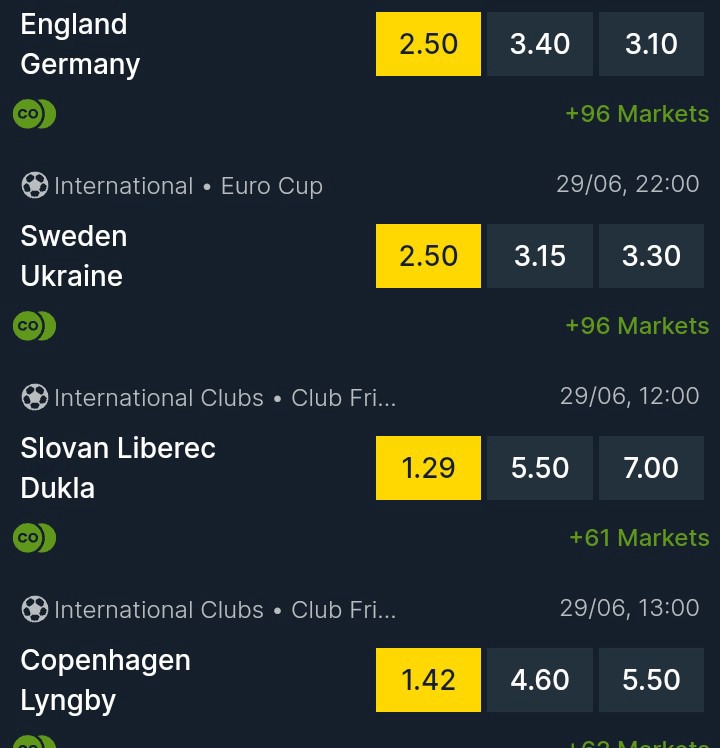 Sweden are bookies favourites as well and I do back them to win here, however the game is expected to be tougher than many would expect.