Currently enjoying a fine season in the second Bundesliga, St Pauli look like a top-flight side in waiting as they sit atop the pile. Even so, they are winless in three league games and needed extra time to progress past fellow 2.Bundesliga opponents Dynamo Dresden in the previous round.

St Pauli do not have amazing pedigree in this tournament and have been eliminated in either the first or second round in each of the last 16 campaigns, though the last time they progressed further, they ended up losing 3-0 to Dortmund’s title rivals Bayern Munich by a 3-0

Borussia Dortmund are yet to concede a goal in this year’s DFB Pokal and have won both of their games by a combined 5-0 scoreline. This dominance continues from their victory in last year’s final, as they now seek back-to-back cup successes for the first time in their history.

This will by no means be an easy game for the visitors as any team with that winning mentality can provide a challenge no matter the division they play in. However, I predict that this Dortmund side will have too much for the hosts and could come out on top in an entertaining 3-1 victory.

The hosts have won twelve matches,lost five matches with six matches ending up in draws. 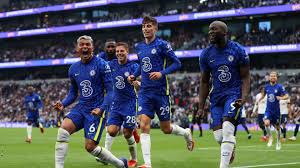