By RODGERSBENTIC (self media writer) | 9 months ago

Inter Miami won 1-2 when these sides met at the start of the season, but Union should fare much better this time around with this Monday’s hosts on a dreadful run of six straight defeats.

Inter remain rooted to the foot of the Eastern Conference and overall standings following a 0-5 battering here against New England Revolution on Thursday and the pressure is now surely mounting on boss Phil Neville despite his obvious close ties with club supremo David Beckham.

Miami have also picked up just a single point from their six outings in Fort Lauderdale this term, so they’re impossible to fancy for this Monday’s clash irrespective of the result in April’s reverse fixture.

Philadelphia were beaten 2-1 at Orlando City on Friday, though that was no disgrace with City currently second in the East. Union had lost just one of their previous seven away trips this term, however, with four of those matches ending all square, a degree of insurance is perhaps required for punters in this contest.

We’re keen to get behind Jim Curtin’s charges, though a wager in the draw no bet market is advised based on Union’s high number of stalemates on the road. We think they’ll edge out the MLS whipping boys though and a flip of April’s score-line between the pair could be on the cards.

The hosts have won four matches out of six matches between themselves,the away team has won one match.The other single draw was recorded in the championship. 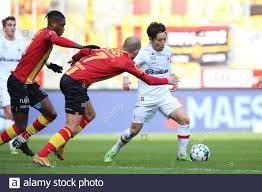 Changes in the Epl table after Arsenal lost 2-0 to Newcastle; Check Man United and Spurs position.

A Must Win Predictions Tonight.(Odds 5+).

Gideon Moi Out of Azimio? Details Allege Kalonzo Wanted Kanu Chairman to be His Running Mate