Serie A Treble Prediction With Maximum Odds To Bank Cash On.

By 254SportsAnalystGoddy (self media writer) | 19 days ago

We’re continuing our regular Serie A predictions with the following treble predictions from todays games.

Inter Milan claimed the Scudetto title last season but Juventus and several other powerhouses will be looking to mount a challenge this term.

The Giallorossi played their part in a thrilling 3-2 derby loss to Lazio and rallied to crush Zorya 3-0 in the Europa Conference League. Jose Mourinho’s side have rattled off five straight home wins in all competitions this term and Tammy Abraham has been in fine form since switching from Chelsea.

Empoli will be delighted with their return to Serie A after adding to an early upset of Juventus with back-to-back wins over Cagliari and Bologna, but consistency could be an issue, as they have also lost on three occasions.

2)Sampdoria and Udinese to draw.

Both of these teams are looking to stop the rot after some recent reversals. Sampdoria are coming off back-to-back defeats versus Napoli and Juventus, while Udinese have suffered a hat-trick of losses against Napoli, Roma and Fiorentina.

It might be too early for managers Roberto D’Aversa and Luca Gotti to be looking over their shoulders at the relegation zone, but each would probably settle for steadying the ship with a share of the spoils at Luigi Ferraris.

Milan have made a bright start to their domestic campaign, posting five wins and a draw at Juventus, but may just now be affected by a second Champions League heartbreaker after adding to a 3-2 loss at Liverpool with Tuesday’s 2-1 home defeat by Atletico Madrid. 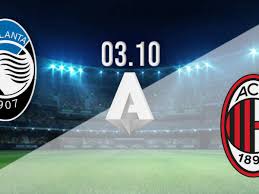 The Rossoneri had a tiring night trying to hold onto their early lead with 10 men from the 29th minute onwards, eventually succumbing to a stoppage-time penalty.Atalanta made it three wins and a draw at Inter from their last four outings when beating Young Boys in midweek and get the nod here.