Sure Tips Soccer Prediction Today With Higher And Boosted Odds

By @vicAnalyst (self meida writer) | 19 days

Hammarby won the group stage of the Svenska Cupen with three wins against AIK three to two, AFC Eskilstuna four to one and Oskarshamns nil to three.Their coach is still Stefan Billborn, while they signed some interesting players, like Varberg's top scorer Astrit Selmani and Icelandic defender Jon Gudni Fjóluson from Norwegian side Brann. The most significant loss was top scorer Aron Jóhannsson who signed for Lech Poznan.Trelleborgs FF somehow managed to qualify for the quarterfinals of the cup. They were in a group with Orebro (1:0), Sirius (1:1) and Lodde (3:1). Their coach is Kristian Haynes, who took over in October 2019, and now makes his second entire season.They didn't spend a lot to strengthen the team, as most of their moves were free transfers; the only notable addition is striker Dzenis Kozica from Djurgarden. Defender Jesper Modig who played all three cup games, will miss the game due to injury.

Prediction: Hammarby to win and over 2.5 goals

Solin needs to move out of relegation zone quickly, but they being in the red zone is already a fact what kind of team they are. Their current form is 1:1:3 with 5:7 goal stats which is not that bad, but I don't expect them to win against a team whose stats are double of that and been winning back to back games. Sesvete is a second in-form team in this league and they have won 3 and lost 2 matches. I must say that their away stats are dreadful and maybe that's the reason for the odds. They give and concede a lot of goals 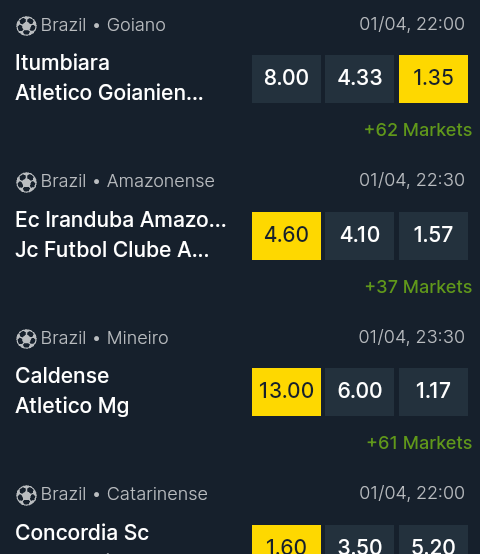 10 Celebrities Who Have Attractive Siblings

Arsenal Youngester Who Is Slowly Becoming The New "Mesut Ozil"