CD Lugo enter this fixture after a 0-0 La Liga 2 draw against Castellón. In that game, CD Lugo had 67% possession and 20 attempts at goal with 6 on target. Castellón got 4 attempts on goal with 2 of them on target. CD Lugo have struggled with their forward play in more recent games. Their sum of goals stands at just 4 vs opponents over their last six outings. In those meetings, Luguiño have also seen the number of goals that have gone against them come to 9.

Going into this game, the form guide shows that CD Lugo are winless against CE Sabadell in their previous 2 league games, haven't been defeated in their previous 12 home league matches. It's been impressive and are without a home win in the past 4 matches in the league. Their fans aren't happy. 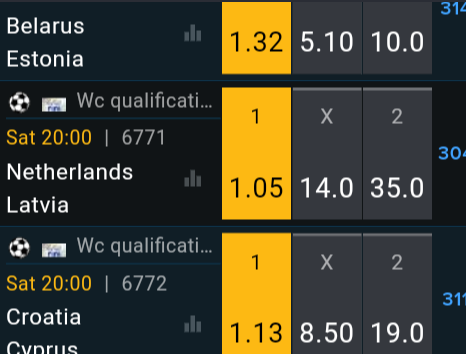 In the game prior to this, CE Sabadell drew 1-1 in the La Liga 2 tie with Sporting Gijón. In that game, CE Sabadell had 49% possession and 8 shots at goal with 4 on target. Sporting de Gijón had 12 shots on goal with 6 on target.

The stats don’t lie, and CE Sabadell have been scored against in 5 of their last 6 matches, with opponents netting 7 goals overall. At the back, Arlequinats could really do with shoring things up. Regardless, we must now wait to see if that pattern will be replicated in this game. Ahead of this meeting, CE Sabadell haven’t won away from home in the past 3 league games.

A review of their past head-to-head clashes going back to 26/05/2013 tells us that CD Lugo have won 3 of them and CE Sabadell 2, with the number of draws standing at 1. An aggregate of 12 goals were scored between them throughout the course of those matches, with 7 of them from Luguiño and 5 for Arlequinats.

The previous league contest featuring these sides was La Liga 2 match day 21 on 11/01/2021 when the final score was CE Sabadell 1-1 CD Lugo. On that occasion, CE Sabadell had 55% possession and 12 shots at goal with 6 on target. CD Lugo had 13 shots on goal with 5 of them on target.

CD Lugo boss Luis Sampedro doesn’t have any fitness worries at all ahead of this match thanks to a fully injury-free squad to choose from.

CE Sabadell will have to work hard as a team to find the net against this CD Lugo outfit who will likely score at least once to gain the upper hand.