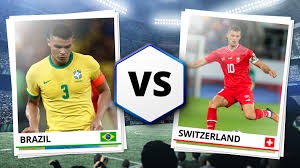 Serbia have lost two of their last 19 competitive international matches

South Korea have lost two of their last 17 competitive fixtures

Both sides will know the importance of a victory.

Uruguay have won four of their last five World Cup clashes with European sides, including a win over Portugal in 2018

Valverde has scored four times in his last seven for Real Madrid and has four Uruguay goals to date.