By MarkJonnes (self meida writer) | 26 days

Gibraltar will play in this match following on from a 1-1 Nations League drawn result vs Liechtenstein.

In that game, Gibraltar managed 30% possession and 6 shots on goal with 1 on target. Liechtenstein had 10 shots at goal with 4 of them on target. Frommelt (17' Own goal) and Frick (44') scored for Liechtenstein.

Under three goals per match were seen in 5 of the last 6 meetings where Gibraltar have been participants. Regarding the goal distribution during this period, their opponents scored a total of 6 and Team 54 totted up 3.

In their last fixture, Norway drew 1-1 in the Nations League tie with Austria.

In that match, Norway managed 32% possession and 9 attempts at goal with 4 of them on target. The only player to score for Norway was Ghayas Zahid (61'). Austria got 21 attempts on goal with 6 on target. Adrian Grbić (94') was the scorer for Austria.

Throughout their six previous matches, Ståle Solbakken's Norway have found the back of the net 12 times, giving them the goals per game average of 2.

Gibraltar manager Julio Ribas will be thankful to have no fitness concerns to speak of ahead of this clash owing to a completely injury-free group ready to go.

With a fully injury-free group available to select from, Norway boss Ståle Solbakken has no fitness concerns at all before this clash. 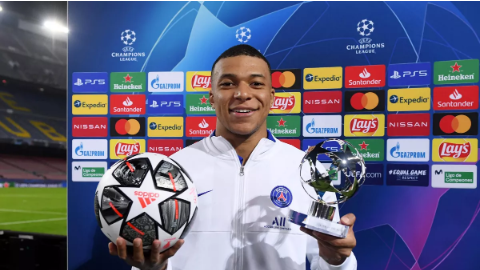 Norway should really get more than enough chances to find the net on several occasions while not conceding against Gibraltar, who aren’t going to find it easy to break down their defence.

Belgium, buoyed by their previous result, will be hoping for more of the same after the 4-2 Nations League triumph versus Denmark.

Belgium haven’t been able to stop scoring goals, hitting the target in each and every one of their last 6 matches.

They’ve managed to rack up 12 during that time while seeing the number of goals scored against them stand at 7.

Wales come into this game following a 3-1 Nations League win vs Finland in their last game.

The trend of at least one team drawing a blank in games featuring Wales has been evident recently. Checking on their last six meetings shows that this has happened 5 times. During those clashes, their opponents have managed a goal aggregate of 4 and The Dragons have scored 5. That kind of trend won’t necessarily be carried forward into this next game, however.

Belgium manager Roberto Martínez has a full complement, with no fitness concerns whatsoever coming into this match thanks to a fully healthy squad available to select from.

With a fully injury-free squad available to select from, Wales boss Ryan Giggs does not have any fitness concerns at all coming into this match.

Wales could really find it hard to get a goal against a Belgium side who have all the attributes to control most aspects of this game.

Official: Josè Mourinho and His Staff Fired 18 Months After Being Hired