Larne prepare for this fixture following a 2-2 Premiership drawn game vs Portadown.

Larne have been on a persistent run of goalscoring form, finding the back of the net in one hundred percent of their last 6 games.

They have claimed a sum of 11 during that period while seeing the number of goals scored against them stand at 8. That being said, we’ll just have to find out whether that pattern shall be replicated in this game or not.

In the game prior to this, Cliftonville drew 0-0 in the Premiership tie with Coleraine.

A succession of effective performances by the Cliftonville defensive players has resulted in the number of goals they’ve conceded amounting to 4 from their past 6 clashes combined. During the same period of time, their own forwards have managed to score 13. 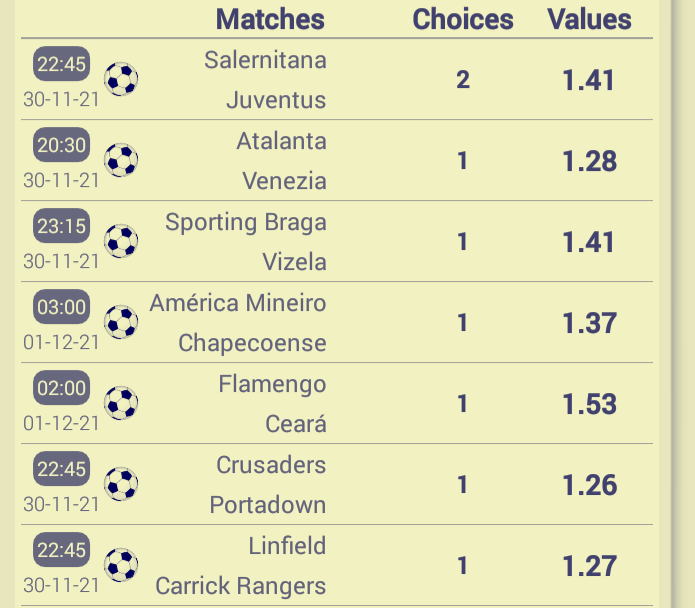 Linfield, buoyed by their previous result, will be hoping for more of the same after the 0-3 Premiership victory versus Glenavon.

Their most recent results show that much solidity has been shown by the Linfield rearguard. Linfield have been miserly, seeing the tally of goals that have gone past their goalkeeper over the course of their past 6 matches standing at 3. Such a pattern might not be sustained here, of course.

Coming into this fixture, Linfield are unbeaten in their last 6 league matches at home.

Following on from being defeated in their last game at the hands of Warrenpoint Town in Premiership competition, Carrick Rangers and their travelling fans will hope for a better result here.

The only name on the scoresheet from Carrick Rangers was David Cushley (63'). Luke Wade Slater (31', 87') scored for Warrenpoint Town.

The attacking players from Carrick Rangers have had real problems scoring goals over their previous 6 games, recording the poor return of just 4. In those fixtures, The Gers have also seen the overall goal aggregate against them equal 8.

Ahead of this meeting, Carrick Rangers are undefeated in their last 2 away league matches.

Warrenpoint Town, who won their previous game, will hope for a similar result following the 1-2 Premiership triumph versus Carrick Rangers.

The only name on the scoresheet from Warrenpoint Town was Luke Wade Slater (31', 87'). David Cushley (63') scored for Carrick Rangers.

Ballymena United will come into the game following on from a 2-0 Premiership win as they beat Crusaders in their previous game.

For Ballymena United, the goalscorers were Jude Winchester (58') and Paul McElroy (91').

The attacking players from Ballymena United have suffered from a lack of goals in their past six encounters, netting the poor return of only 4. In those matches, Sky Blues have also seen the overall goal tally against them equal 8. We will just have to see if that trend can be continued on into this next match.