It’s extremely unlikely that Fiorentina will lose their 4th away match in a row. Nevertheless, it will be difficult for them to win in Bologna. The unsuccessful away streak certainly did not arise out of nothing and is due to some psychological instability of the Florence side. And Sinisa Mihajlovic's Red and Blues have been playing very well of late. In general, there is a high probability that the match will end in a draw. Not a very productive one, for sure. Bologna began to play low-scoring games, and Fiorentina hardly ever scores on the road, but concedes just as much.

Tottenham were able to leave the defeat against Mura behind to win against Brentford comfortably in midweek. They would love to use that momentum and chase for the Champions League spots as they now have one game in hand. They are five points behind the top four and are currently sitting in the sixth position in the league. They will be aiming to climb above Arsenal by beating relegation-threatened away team.

Norwich played out a 1-1 draw against Newcastle United in the mid-week. Newcastle having won their tie against Burnley, have climbed above Norwich, who are currently at the bottom of the league. They are however unbeaten in the last four games in the league which is a great positive. They would want to get a good result from this game which will aid in their survival.

Sassuolo is very unstable this season. The team of the young coach Dionisi beats the favorites and loses to the outsiders.The main problem of Sassuolo is the game imbalance, that is, in almost every match Neroverdi both score and concede. Given their position in the standings, the upcoming game for Spezia will be one of the most important meetings of the season. Most likely, the Eagles will score. But they'll also concede. At least because Sassuolo has Domenico Berardi.

Prediction: Both Teams To Score. 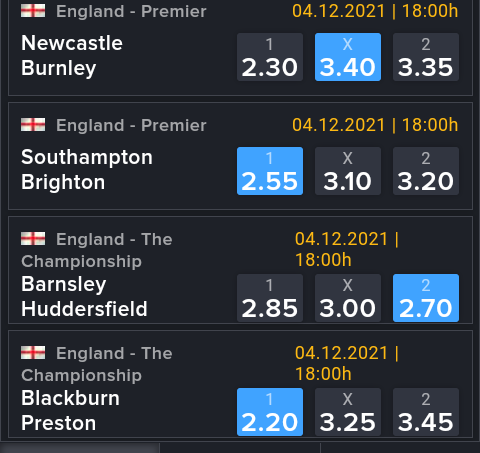