The Iron Ones are placed seventh in the table, trailing four points below the sixth-placed Leverkusen. It needs to be noted that a top-six finish is mandatory for German teams to take part in European competitions.

With just six match-days remaining, time is fast running out for squads to make their move. It goes without saying that points are in dire need for Urs Fischer’s men, and lately their defense has not been top-notch.

And to ramp up the pressure, they are pitted against one of their direct rivals for the last European ticket, this weekend. The Swabians are placed ninth in the table, and are trailing by a single point below the Iron Ones. Thus, they need a surplus of just five points to make it to the sixth position.

By all means we are in line for a fierce encounter this Saturday. Moreover, note that the eighth-placed Monchengladbach are locking horns with the fourth-placed and in-form Frankfurt this same game week, and thus they could be counted on to drop points.

As such, one of the contenders for the sixth spot will likely fall behind, and whoever wins this upcoming clash at the Stadion An der Alten Försterei, will be favorites to secure a ticket to the continent. There’s high probability that goals are about to come in plenty this weekend. 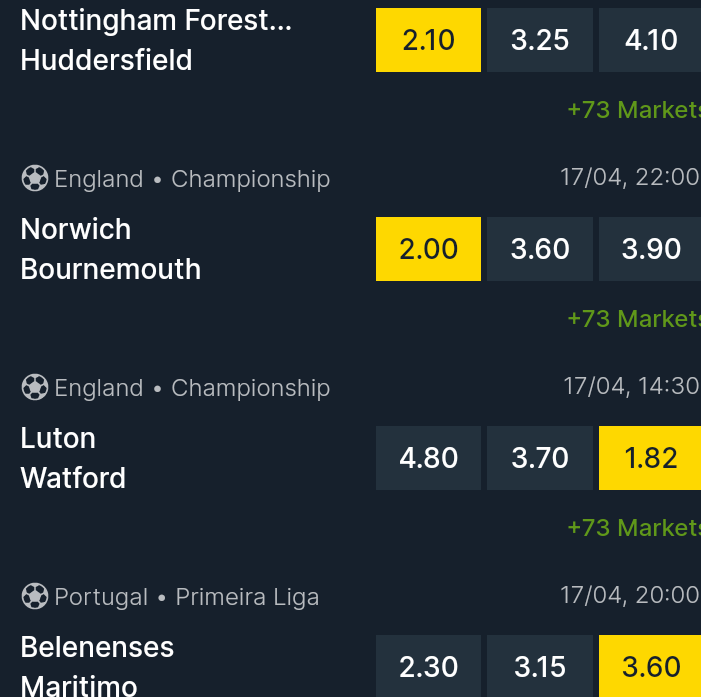 The reverse encounter was a four-goal affair with either squad netting two goals apiece. 100% of clashes this past decade had goals from both teams, barring a single meeting. Three of the former four match-ups had four or more goals. Pellegrino Matarazzo’s men had scored two or more goals in three of the last four encounters.

Fischer’s men were held to a 1-1 draw the last match-day, by Bayern. In the meantime, the Swabians lost 2-3 at home against Dortmund.

On the other hand, their opposite number had failed to keep clean sheets in 18 of their past 24 overall matches, and they have a single clean sheet on the road since October of 2020. In fact, they had conceded a total of 15 goals from their past six road trips.

Today's 5 Games to Place on And Win Big

Win Big From this 34-Odd Betslip