By Isapredictsports (self media writer) | 12 days ago

Stuttgart vs Mainz. Mainz have recently dropped four points in their last two consecutive matches that have ended in a stalemate. They are now two points away from the European place and now need to secure three points in today's battle. The hosts have been experiencing a poor start of the season putting them in danger of relegation as they are currently in the relegation zone. 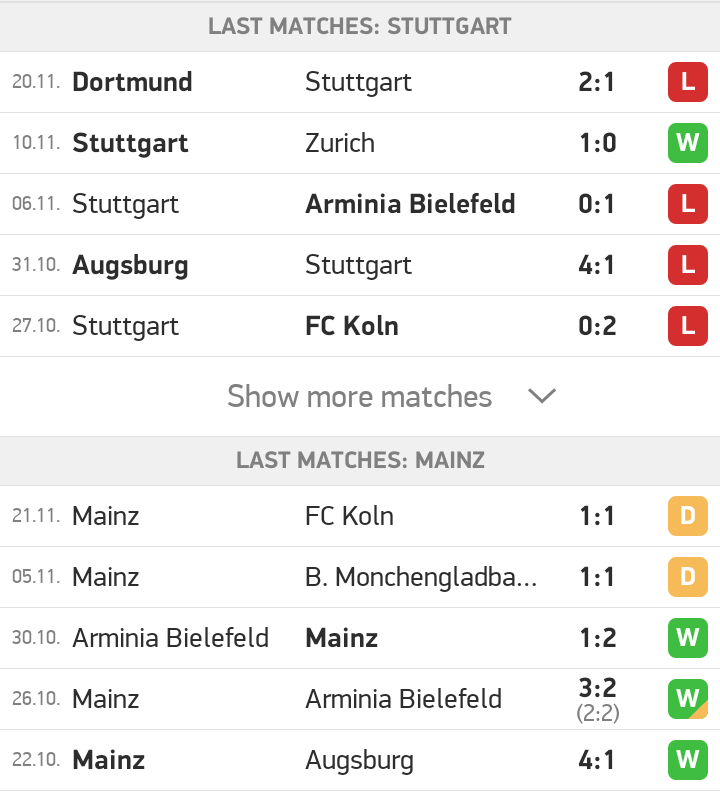 From the previous 5 matches, Stuttgart has only won 1 match and defeated four. Both teams have scored in two of the matches and also ended with over 2.5 goals in two games. They have only managed to score three goals but conceded nine from five matches. 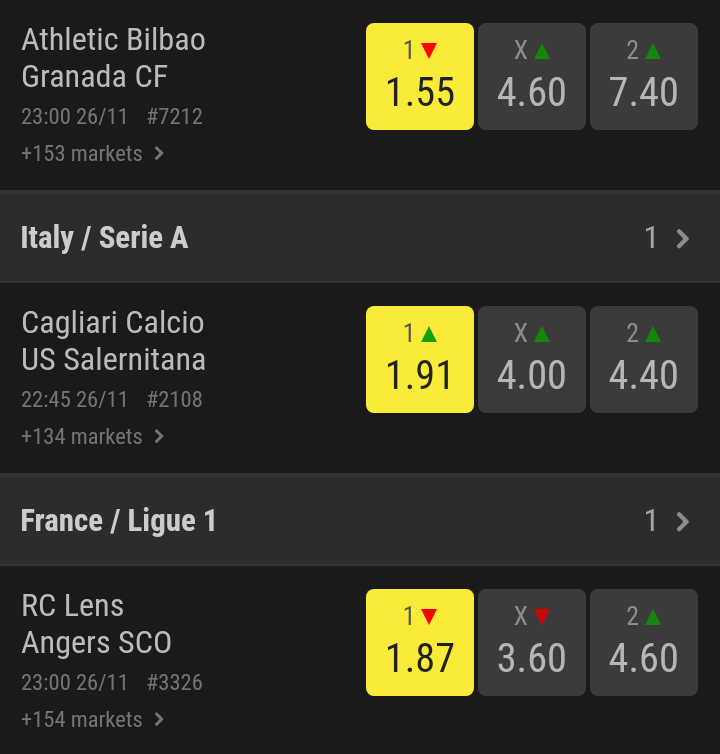 Mainz on the other hand has won 3 and drawn 2 from the last five matches without any defeat. All their last five matches had both teams to score and three ending with over 2.5 goals. They have scored 11 goals and conceded six in the five games.

Our statistics predict that a draw is likely to happen here but we expect both teams to score and Over 2.5 goals to be scored.

Bilbao vs Granada. Bilbao is currently four points away from the European place while Granada is in the relegation zone with only 11 points from 13 played matches.

From the last five matches, Athletic Bilbao has won 1, drawn 3 and lost 1. Both teams have scored in three of the matches but only one ended with over 2.5 goals. They have scored four goals and conceded four in the five matches. 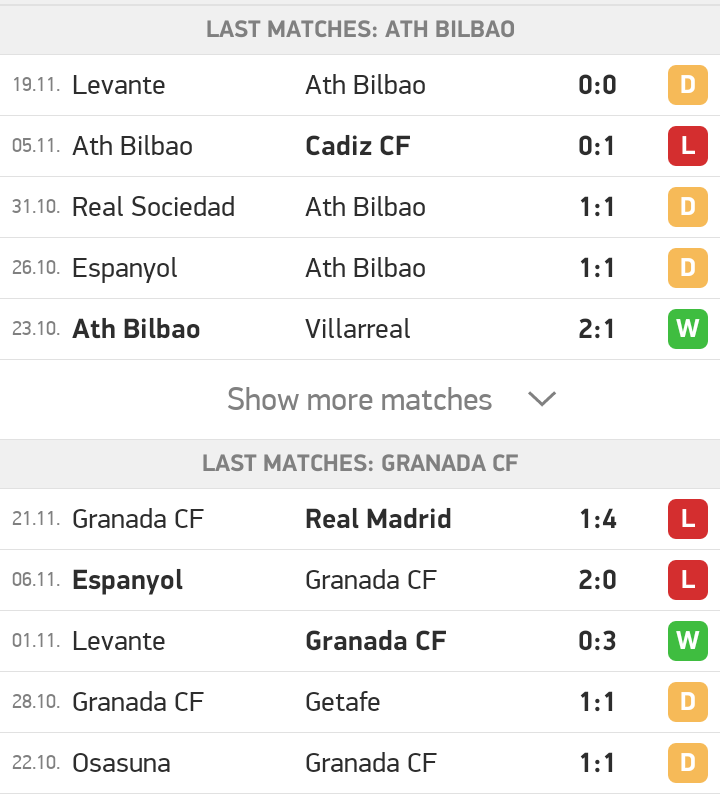 Granada has won one, drawn two and defeated two from the last five matches. Three matches have seen both teams scoring with two ending with over 2.5 goals scored. They have managed to score six goals in five games but conceded eight goals.

From our analysis, we predict a full-time result of 2:0 with Athletic Bilbao likely to take the victory. We again suggest Under 2.5 goals in this match with a clean sheet.

When A Girl Has Feelings For You, Here Are Three Actions She Will Take