WA Tlemcen won’t want a repeat of their last result here after the 1-0 Ligue Professionnelle 1 loss in their previous game against Paradou.

An interesting aspect of more recent WA Tlemcen games is seeing a zero in the scoreline.

Taking their prior six clashes leading up to this one, in 5 of them a wager on BTTS would've been a loser. We will just have to see whether or not that trend will end up being continued on into this next match.

Olympique Médéa head into the encounter after a 3-1 Ligue Professionnelle 1 win to defeat Magra in their last game.

During their six most recent matches, Sid Slimani's Olympique Médéa have seen their efforts on goal rewarded 8 times, yielding them a goals scored per game average of 1.33. 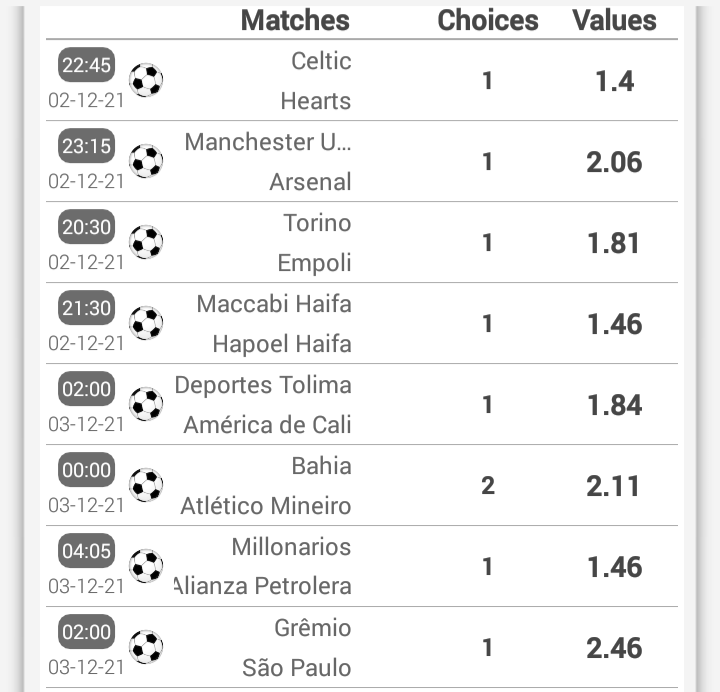 Central Córdoba, following on from their previous result, will be hoping for more of the same after a 5-0 Superliga success versus Arsenal de Sarandí.

Their more recent scorelines highlight the fact that it has been a great time for the Central Córdoba rearguard. Central Córdoba have been mean at the back, resulting in the total number of goals that have flown into the back of their net over the course of their last six matches standing at 4. Historical results aside, time will tell if that trend might continue on here in this game.

Heading into this fixture, Central Córdoba have not been beaten in their last 3 home league matches.

Unión de Santa Fe head into the clash following a 3-0 Superliga win over Atlético Tucumán in their most recent match.

Gustavo Munúa's Unión de Santa Fe have seen their goal attempts be successful a total of 9 times throughout their most recent six matches. The overall goals that they have conceded during the equivalent period adds up to 6.

Colón prepare for this game following on from a 1-1 Superliga tied result versus Defensa y Justicia.

It has been seldom in recent games that Colón have managed to hold out for a full 90 minutes. The reality is that Colón have failed to prevent opponents from scoring in 5 of their previous 6 clashes, letting in 9 goals during that time.

Since a loss in their previous game against Unión de Santa Fe in Superliga action, Atlético Tucumán will be aiming to make amends here.

The strike force from Atlético Tucumán have suffered from a lack of goals over their last six games, netting the disappointing return of only 4. In those fixtures, El Decano have also seen the collective goal aggregate of their opponents equal 18. Historical results aside, we must now wait to see if that trend will be replicated in this upcoming game or not.

Ahead of this meeting, Atlético Tucumán are without an away win for the past 7 matches in the league.