Already seven points from safety at the foot of League One, and with just two wins from 20 league outings this campaign, Crewe Alexandra are in deep trouble. David Artell’s team earned a valuable win over fellow strugglers Gillingham in their last home game, but had gone ten without a win prior to that.

Crewe have only kept two clean sheets all season (which correspond to their only wins), conceding 36 goals in 20 games, but will be just as worried by their attacking record, averaging less than a goal per game in League One, and only scoring two or more goals on four occasions.

Lincoln, meanwhile, have gone three league games without scoring, and were dumped out of the FA Cup by league two strugglers Hartlepool on Saturday. Having impressed en route to finishing fifth last term, Michael Appleton has voiced his frustration at Lincoln’s lack of goals in recent weeks, and their last league win came at the tail end of October, at promotion-chasing Wigan.

The home team has won six matches out of fifteen matches between themselves,the away team has won five matches with four draws in the championship.The goal difference is 21-18-in favour of the home team. 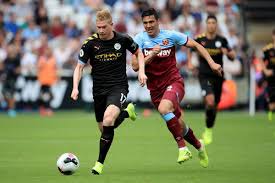 2022 showdown: DP Ruto heads to Machakos as Raila sets out for Migori

Best 10 Matches Analysis To Win You Big Tonight And Has GG, Over 2.5 And Has More Than 100 Odds

Gor Mahia Defender Completes Move to IF Djurgardens of Sweden

He is our Special player, United Fans Happy With Star After World Class Performance In Brentford Win