Seven Matches With GG And Boosted Odds To Bank On This Saturday 3rd April.

By SirRodgers,theBlogger. (self meida writer) | 20 days

Both Famalicao and Pacos de Ferreira had a really successful stint before the International break. While Sunday’s hosts got a thumping 0-4 win over relegation favourites Maritimo, Pacos de Ferreira smashed 3 past Moreirense in a 3-0 win at home. With that being said, these clubs would be really high in morale coming into this game this weekend.

Pacos de Ferreira beat Famalicao in both the home fixtures last year, with score-lines reflecting a very tight tie (2-0 and 2-1). Famalicao is the slight underdogs in this one, but playing at home after a 4-0 away win bring them back in the contest whatsoever. Nevertheless, wherever the result tends to go after full time, we believe that this game shouldn’t be seeing more than 3.5 goals with utmost certainty.

Nam Dinh and Nghe An actually boast a similar recent form in the Vietnamese top flight. Both teams have lost 3 of their last 5 fixtures, but an extra win at the beginning of the season puts Sunday’s hosts in a favourable spot as we speak. Not only that, but Nam Dinh has also been an entertaining side to watch, scoring double the number of goals than Nghe An. But having conceded more goals than this weekend’s counterparts also reflects that Nam Dinh has played an open game throughout.

Nam Dinh hasn’t drawn any of their 6 games this season, and Nghe An has also just 1 draw in their share of fixtures. This speaks about both sides' mentality to go all-in before every game, which either sinks the ship or tames the tide. So, we are going for a ‘Draw-No’ bet in this game on Sunday. About the number of goals in this one, we can expect the tally to go ‘Over 2.5 goals’ as Nam Dinh have already seen 18 goals in their opening 6 games, and they will be controlling most of the possession. 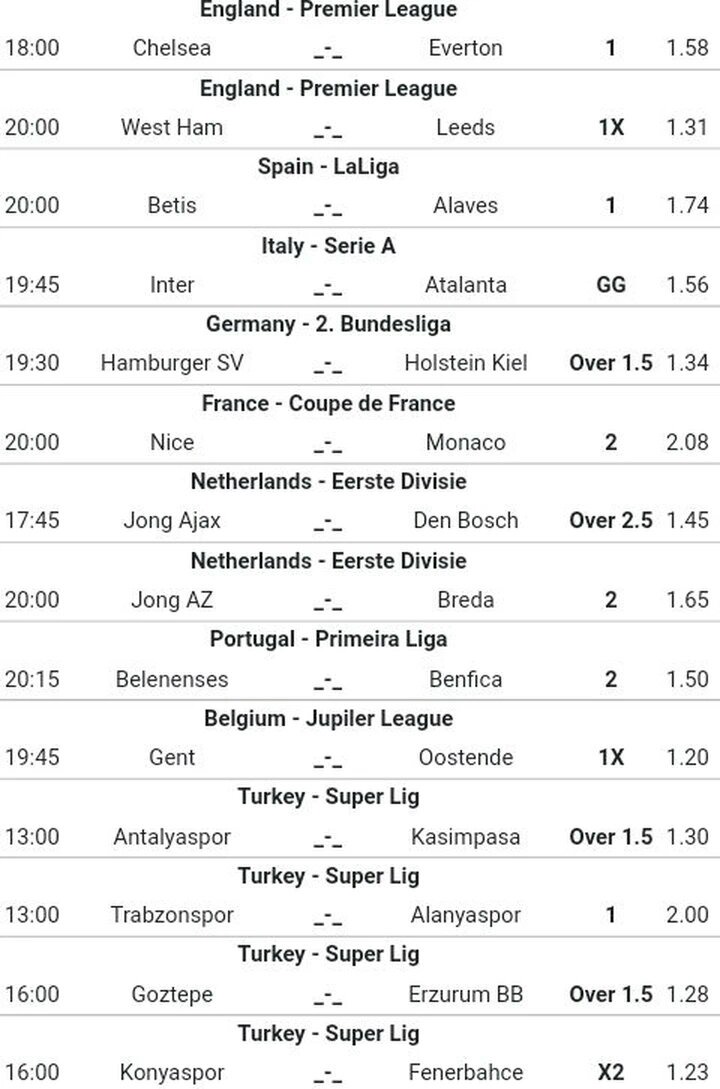 Nine Sure-Bets With GG, Over 2.5 And CS To Bank On This Late Night

Ten Matches To Bank On This Late Night