Newcastle United go into this match coming off the back of a 1-1 Premier League draw vs Norwich City.

In the game prior to this, Burnley drew 0-0 in the Premier League tie with Wolverhampton Wanderers.

Looking at their form, and Burnley have been scored against in 5 of their last 6 matches, conceding 8 goals in all. At the back, Burnley could really do with shoring things up. 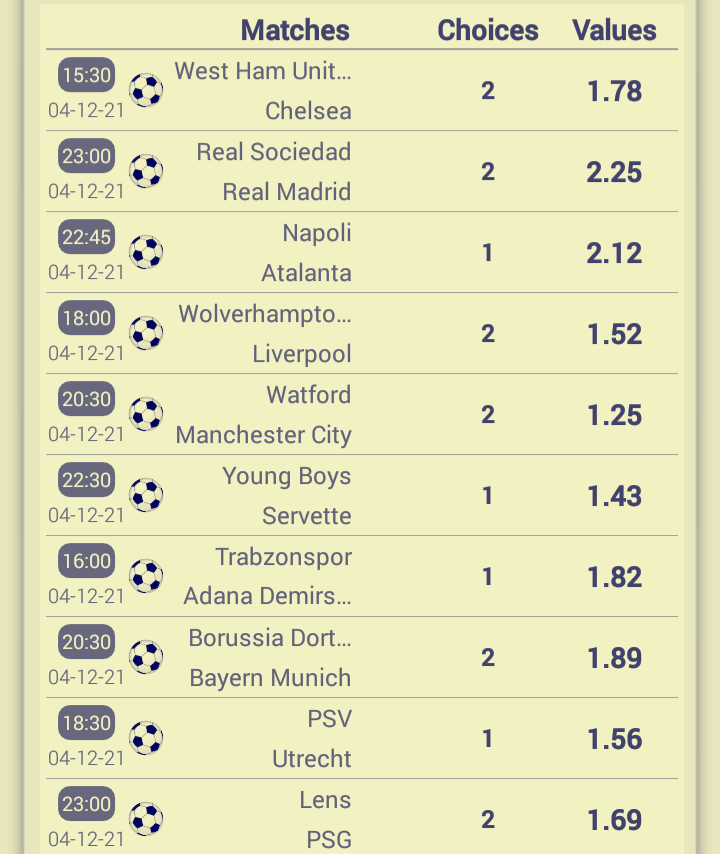 Watford will be hoping to bounce back here following a 1-2 Premier League loss in their previous game against Chelsea.

In that game, Watford had 50% possession and 13 attempts at goal with 6 of them on target. The scorer for Watford was Emmanuel Dennis (44'). On the other side, Chelsea got 8 shots at goal with 4 on target. Mason Mount (30') and Hakim Ziyech (72') scored for Chelsea.

It’s been all too rare in recent times where Watford have managed to hold out for a full 90 minutes. The facts show that Watford have failed to prevent opponents from scoring in 6 of their previous 6 matches, shipping 11 goals in the process. That sort of pattern won’t necessarily be carried forward into this game, of course.

Manchester City go into this meeting following a 1-2 Premier League win with the defeat of Aston Villa in their previous fixture.

Coming into this fixture, Manchester City have not been beaten in their last 6 league matches away from home.

Bayer Leverkusen will want to continue from where they left off last time out with the 1-3 Bundesliga 1 success vs RB Leipzig.

Gerardo Seoane's Bayer Leverkusen have seen rewards for their attempts on goal 12 times over their past six outings. At the other end, the number of goals that have been scored against them in that time is 6.

Following on from being beaten in their last game against Hoffenheim in Bundesliga 1 action, Greuther Furth will be aiming to make amends here.

Indicating their predisposition for eventful matches, we’ve had goals 26 times in the prior six games in which Greuther Furth have taken to the field, yielding a mean average of 4.33 goals each clash. Opposing teams have hit 20 from this total. Such a trend might not be sustained into this game, of course.

Heading into this fixture, Greuther Furth are without an away win for the past 7 league games.