The two teams face off today in the Carabao league match with the hosts seeking to defend the title.The hosts look as dangerous as they were last season and hope to replicate this feat.In the last five matches between themselves,the hosts have won three matches,lost once with one draw in the process.The goal difference is 27-12 in favour of the hosts.

Prediction:Manchester city to win with over 2.5goals.

The hosts have won just once losing seven matches in the last ten matches between themselves.The goal difference is 19-15 in favour of the away team. 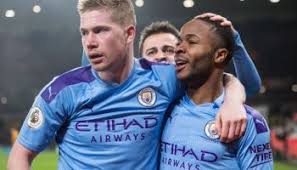