By Kevinsupertips (self media writer) | 6 months ago

Brentford and Manchester United go head to head at Brentford Community Stadium in the Premier League round 17. The Bees showed character in their last league match, with the coming from behind to beat Watford 2-1 at home ground. Key attacker Ivan Toney continues to miss out through illness, and, in his absence, a man to watch in the home team will be Bryan Mbeumo, who scored the winner against the Hornets.

The Red Devils, on the other hand, recorded a hard-fought 1-0 win over Norwich City, with CR7 scoring the winner from the penalty spot. New manager Ralph Rangnick is eager to bring glory days back to Old Trafford, but beating Brentford in London is easier said than done. A close encounter is on the cards, and we believe that there is a big value in betting on draw. Both Paul Pogba and Anthony Martial remain in the recovery room, while Raphael Varane and Edinson Cavani are major doubts. 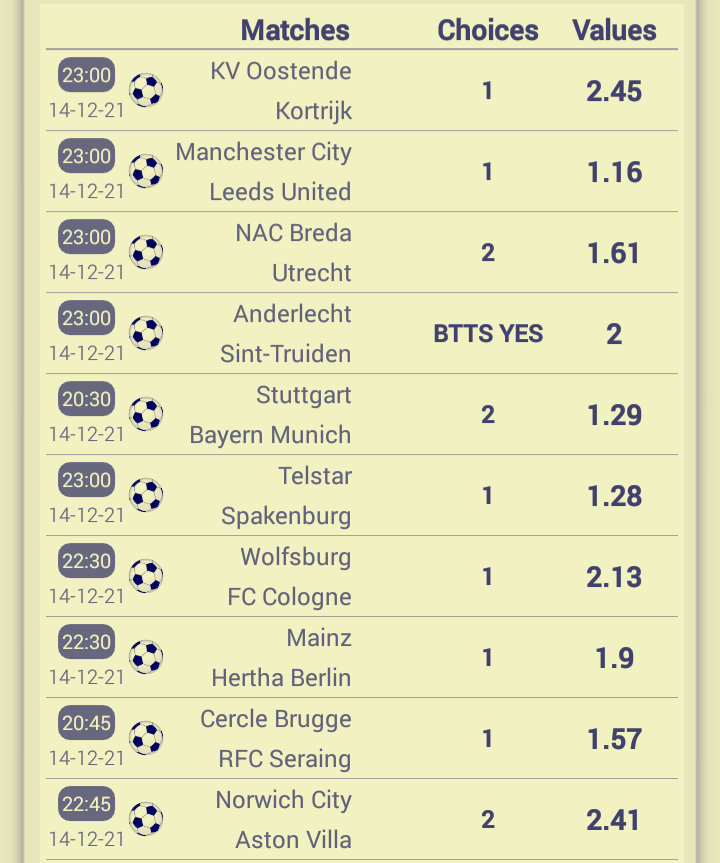 Carrow Road will host Saturday’s football game between Norwich City and Aston Villa, the two teams who were beaten by Liverpool and Man Utd respectively at the weekend. The Canaries are stuck at the bottom of the table, but their display in the loss to CR7 and Co. was anything but poor. Norwich are eyeing their third win of the season, and we are positive that they will leave their hearts on the field against the Villans.

Grant Hanley should be fit for the match despite limping off with a shoulder injury against Man Utd, while Byram, Zimmermann, Rashica, and Tzolis remain in the recovery room. The Villans, on the other hand, have been showings signs of improvement under new boss Steven Gerrard. Villa aim to bounce back from the 1-0 loss to Liverpool, but seeing that the hosts want this win more than the visitors, home win should be considered. As for the away side, both Bailey and Traore are injured.

Manchester City will look to build on a hard-fought 1-0 win over Wolverhampton when they take on Leeds United at Etihad Stadium on Tuesday evening. The Citizens are leading the chase for the Premier League trophy, with the team eyeing their seventh consecutive league win. Pep Guardiola should opt to make changes to the starting XI, with all Walker, Foden, Mahrez, and De Bruyne pushing for a start. Spain international Ferran Torres remains in the recovery room.

The Whites, on the other hand, were on the verge of sharing the spoils with Chelsea at the weekend, but the Blues eventually scored a late winner to pick up all three points from the match. Marcelo Bielsa’s men are not regarded as good travelers, and given Man City’s splendid form, anything but a routine home win would be a major surprise. All Bamford, Cooper, Phillips, and Rodrigo are injured for the away team.