Three teams could win the Turkish Super Lig as we ger into the final match of the 2020/21 season. Besiktas top the table with the same number of points as second placed Galatasaray and two clear of Fenerbahce who are in the third position. 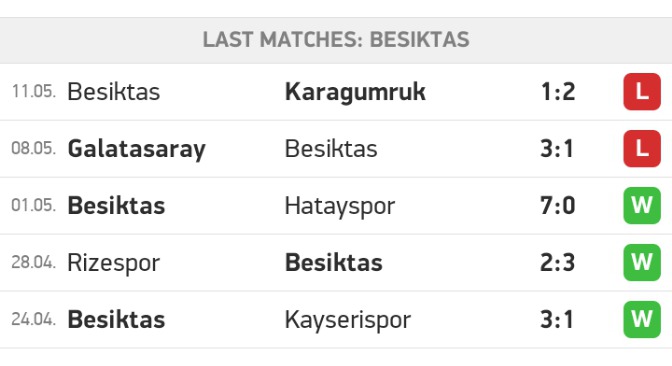 Besiktas could therefore record a victory in this clash and still fail to be the champions if Galtasaray will be regestering a big win. They could have had the title won by now but have lost their last two consecutive league competitives.

This month began well with a clean sheet (7-0) home ground victory over Hatayspor but then they lost at Galatasaray before losing to Fatih Karagumrik. They had been undefeated in their pastt eight home soil league play s before that loss to the in-form Karagumrik. 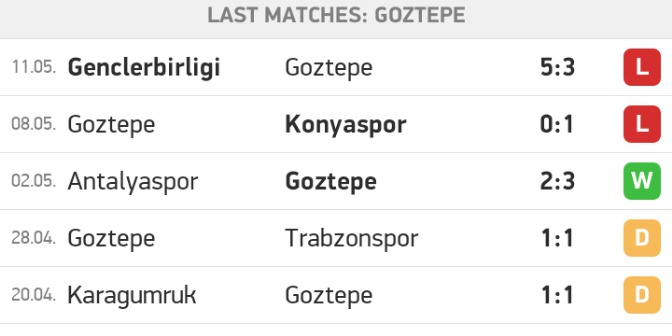 Travelling to Goztepe should find them looking for the whole three points. If they secure a draw then they will have to depend on Galatasaray not beating Yeni Matalyaspor at home. Away form saw them lose three times before Christmas. They have only twice losses in their previous twelve on the road and have won eleven away league matches this season.

Goztepe are tenth and with little to play for. No chance of European football or relegation but Galatasaray and Fenerbache will want them to put in a strong performance. They are not in good formation though and like their opponents have lost their last two league matches. 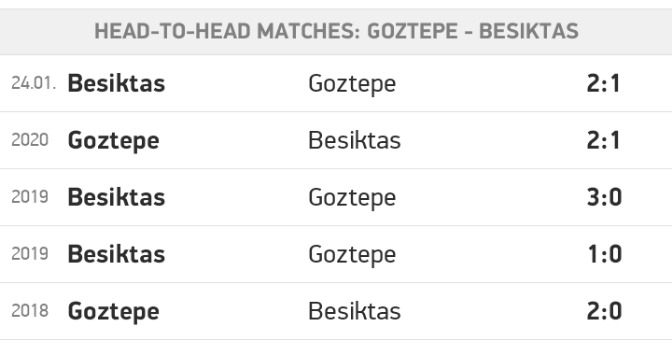 Their recent competition was away at Genclerbirligi and they led 2-0, only to return home with a 5-3 loss. Before that they had lost 1-0 at home to Konyaspor. Their home form been very poor coming into this clash with just four points from the last five league games.

That makes it six home league losses this season. Only two clean sheets have been kept in their recent nine home soil competitives. A few goals might be on the cards here as Goztepe have scored 58 league goals but conceded 57. Back Besiktas to get the win and hopefully it will be enough to win them the title. It's also that clash will experience over 3.4 total goals.