Today's Nine Matches With 4062 Odds To Bank On 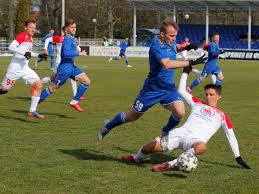 In the last five matches that Vitebsk has played with Zhodino, Vitebsk has lost all the matches and drawn once while Zhodino has won four matches of the five. This shows that today Zhodino is likely to win the match again.

Following the results of the matches that Baffousam has played against Panthere, Baffousam has won twice and drawn twice while Panthere has trashed Baffousam once with one goal to none. In revenge for this and because Baffousam is playing home it is likely to win the match today.

In the last five matches that Belshina has played against Energetic- BGU, it has won one of the matches and drawn twice while Energetic - BGU has won two matches. In today's match, Belshina is likely to win because it is the home team.

Considering the last five matches that the teams have played it shows that Les Astrue is over Union Douala in terms of football. Les Astres has won three matches while Union Douala has won once and they have drawn once. This shows us that today Les Astres is likely to win the match. 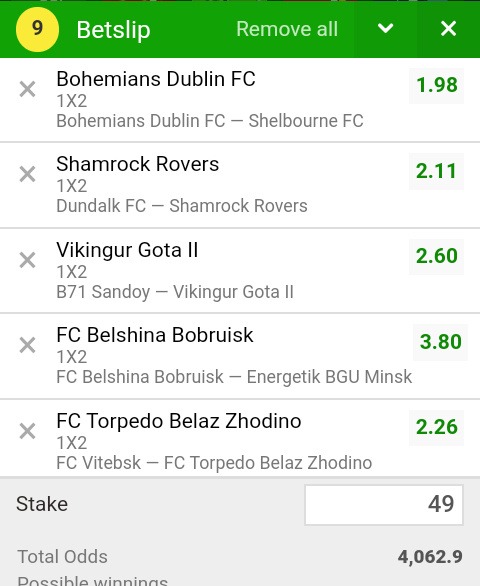 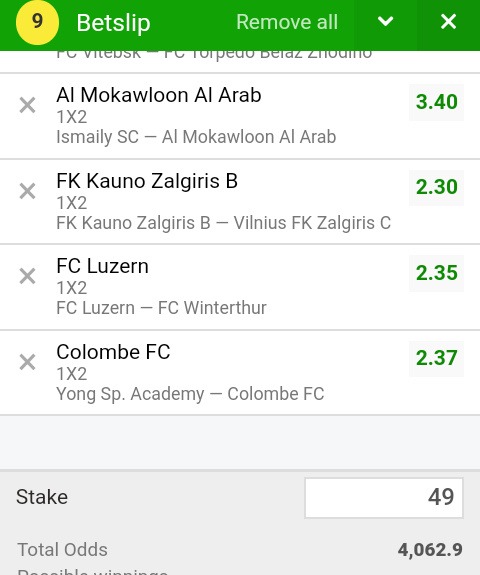