Sydney U21 vs Mt Druitt Rangers

In Sydney U21's last twelve home games in NPL NSW 1 there have been Over 2.5 goals scored. Mt Druitt Rangers have won just two of their last eleven away matches in NPL NSW 1

In Asante Kotoko's last three Premier League matches, there have been Under 2.5 goals. Ashanti Gold SC have won just two of their last twenty one away matches in Premier League

Berekum Chelsea are conceding an average of 0.71 goals in home Premier League matches. King Faisal Babes have achieved just two wins in their twenty most recent away games in Premier League

Predictions: Berekum Chelsea to win this match and 1-0 correct Score 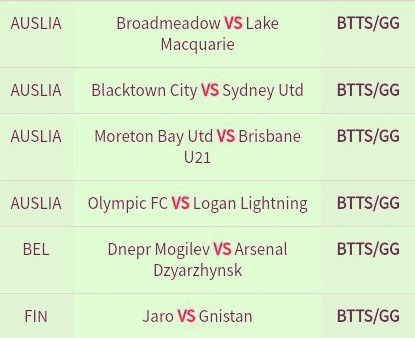