Three Sure Matches To Place a Bet On

By KevinGerry (self media writer) | 14 days ago

Independiente go into this game following a 3-3 Superliga stalemate vs Vélez Sarsfield.

Over their prior six games, Julio Falcioni's Independiente have netted a combined total of 9 times giving them an average number of goals per match of 1.5.

Following on from a loss in their previous game against Sarmiento in Superliga action, Gimna ' Plata and their travelling supporters will be hoping that they can get a better result in this one.

In that game, Gimna ' Plata managed 62% possession and 14 shots on goal with 3 on target. Sarmiento had 13 shots at goal with 4 of them on target. Jonatan Torres (45') was the scorer for Sarmiento.

It is worth noting that Gimna ' Plata have been starved of goals over their previous 6 encounters, netting the unsatisfactory return of only 4. In those fixtures, El Lobo have also seen the overall goal tally against them equal 6. It will be interesting to see whether or not that trend will be continued on in this game.

Heading into this contest, Gimna ' Plata have not lost to Independiente in away games against them for the last 5 league games. An impressive run. 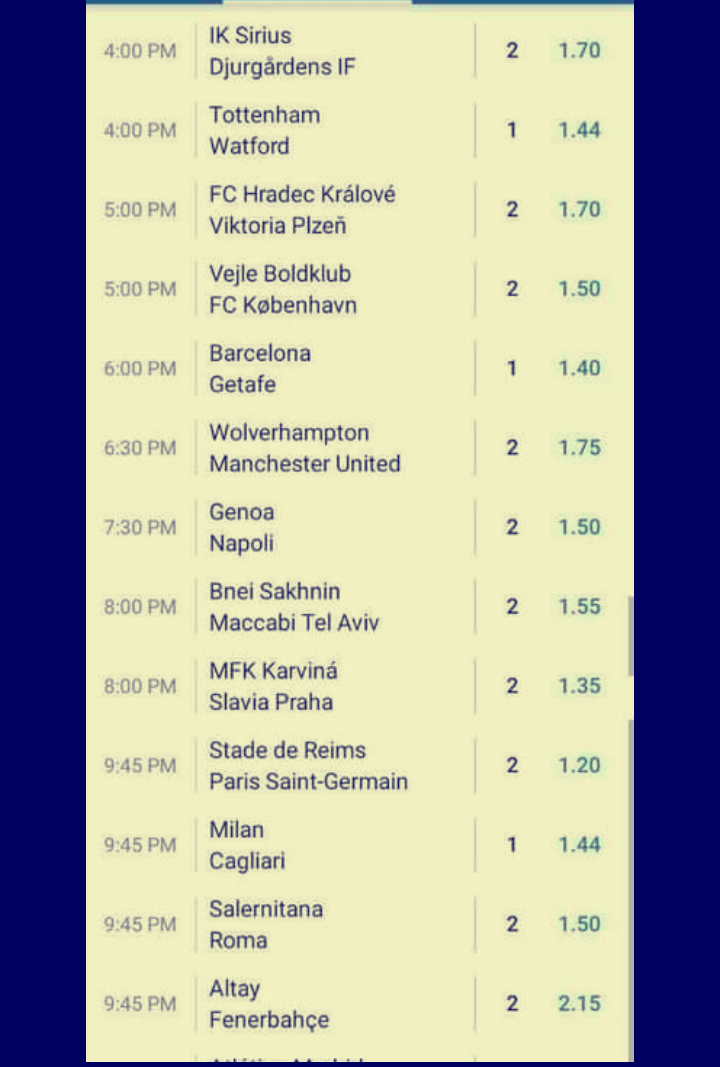 Cuiabá head into this game coming off the back of a 2-2 Serie A stalemate vs Grêmio.

It has been a rare occasion in recent times where Cuiabá have kept a clean sheet. It will be a concern for them that Cuiabá have failed to prevent opponents from scoring in 5 of their previous 6 matches, giving up 8 goals in the process. We shall soon see if that trend will be continued on in this game.

Coming into this meeting, Cuiabá have not won at home in their last 2 league games.

In their last fixture, São Paulo drew 1-1 in the Serie A tie with Santos.

In that game, São Paulo had 60% possession and 14 attempts on goal with 2 of them on target. The only player to score for São Paulo was Jonathan Calleri (35'). For their opponents, Santos had 6 shots at goal with 3 on target. Carlos Sánchez (5') was the scorer for Santos.

In the course of their 6 latest matches, Hernan Crespo's São Paulo have turned their attacks into goals a total of 5 times - yielding them a goals scored per game average of 0.83.

Plaza Colonia will be hoping to return to winning ways here after a 2-1 Primera Division losing effort in their last game against Nacional de Football.

Plaza Colonia have been on a persistent run of goalscoring form, netting in one hundred percent of their last 6 matches.

They’ve totted up the amount of 12 during that period and have conceded a total of 6.

Cerrito will come into the match following a 2-0 Primera Division win with the eclipse of Sud América in their most recent outing.

A tendency of at least one team drawing a blank in games featuring Cerrito has become evident recently. Looking at their last six games reveals that it has occurred 5 times. In those clashes, opposing sides have hit a goal tally of 5 while Cerrito have scored 4. Such a pattern won’t necessarily be continued into this next game, though