By SirRodgers,theBlogger. (self meida writer) | 5 days

Scottish champions Rangers face a huge test of their European credentials when they welcome Peter Bosz´s Lyon to Ibrox for the first round of matches in the Europa League group stage.

While the hosts suffered a disappointing CL qualifying exit at the hands of Malmo, they return to the Europa League group stage for a 4th successive season and with it, one of the more glamourous ties they have faced during that time with a talented Lyon likely to cause plenty of problems for a potentially make-shift Gers defence.

Indeed, the bookies struggle to separate these sides with the hosts' narrow favourites at 2.5 odds against Lyon available at 2.62.

Having endured a difficult start to the season, Rangers now seem to be getting a bit of consistency back in their game with the Glasgow side claiming 5 wins from their last 6 matches, including a vital win over rivals Celtic in their most recent home outing while a come from behind win at St Johnstone this past weekend illustrated the grit that earned this side their first tile in a decade last season. 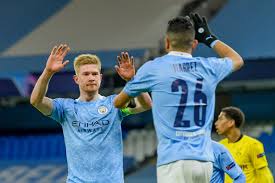